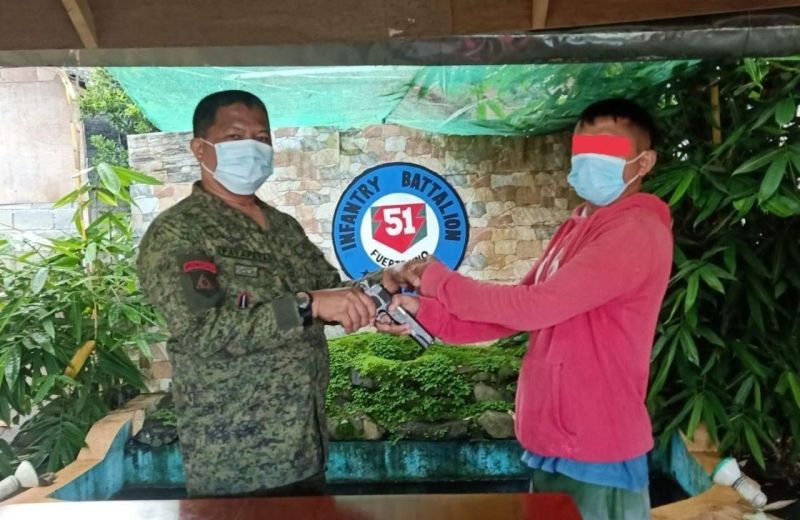 A RANKING leader of the communist New People’s Army (NPA) surrendered to military authorities in the province of Lanao del Sur, the military reported Saturday, June 19, 2021.

Vinluan said Nets was the commander of the Special Partisan Unit and concurrent leader of Squad A of the Main Regional Guerilla Unit of the NPA’s Northern Mindanao Regional Party Committee (NMRPC).

He said Nets handed over one caliber .45 pistol with magazine and eight ammunitions.

Cuerpo said that Nets was tasked to augment with the Sub-Regional Command 5 of the NPA in October 2020 to conduct liquidation missions.

In February 2021, Nets went on a lie low and hid at the house of Maricel Timbangan, councilor of Rogongon village, Iligan City prior to his initial negotiation to surrender with intelligence operatives in the same month.

Nets surrendered through the efforts of the 51IB and 55IB, Cuerpo said.

Nets was placed under the custody of 51IB for custodial debriefing. (SunStar Zamboanga)