In Cebu City, majority of garbage collected, or 78 percent, composed of plastic 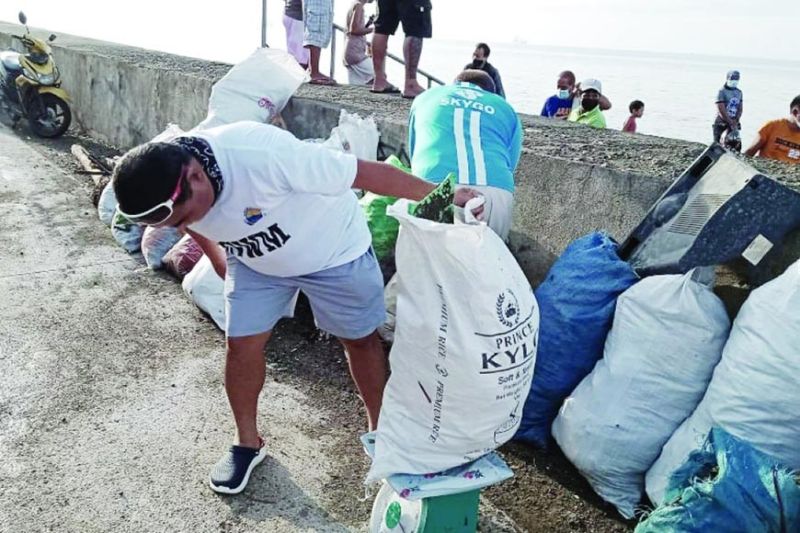 COASTAL CLEANUP. An employee of the Talisay City Ecological Solid Waste Management weighs the garbage collected by volunteers along the shores of Barangay Dumlog Saturday morning, June 19, 2021. A total of 12 tons of garbage was collected in the city’s six coastal barangays during the activity. / Talisay City Mayor Samsam Gullas’ Office

Hijara said around 3,800 volunteers from CMTF’s partner agencies and organizations participated in the activity.

Hijara said they will conduct another cleanup in September.

During last quarter’s cleanup in March, the CMTF collected a total of 13.615 tons of garbage.

The ordinance entitled “An Ordinance Institutionalizing the Cleanups of Rivers, Natural Waterways and Coastal Areas within the Jurisdiction of the City of Cebu” was approved by the City Council on Dec. 2, 2020.

In Talisay, the City Government collected 12 tons of garbage in the six coastal barangays of Poblacion, Pooc, Biasong, Dumlog, Cansojong, Tanke and San Roque on Saturday as part of its monthly cleanup.

In his official Facebook page, Mayor Gerald Anthony “Samsam” Gullas said it was the first cleanup activity since the coronavirus disease 2019 (Covid-19) pandemic began at the end of March last year. Before that, the last one they conducted was in the last quarter of 2019, he said.

Gullas said with the city slowly recovering from the health crisis, he hopes to continue their monthly coastal cleanups.

He also urged his constituents to participate in the activity.