Tacloban vaccination drive to resume on June 21 to 25 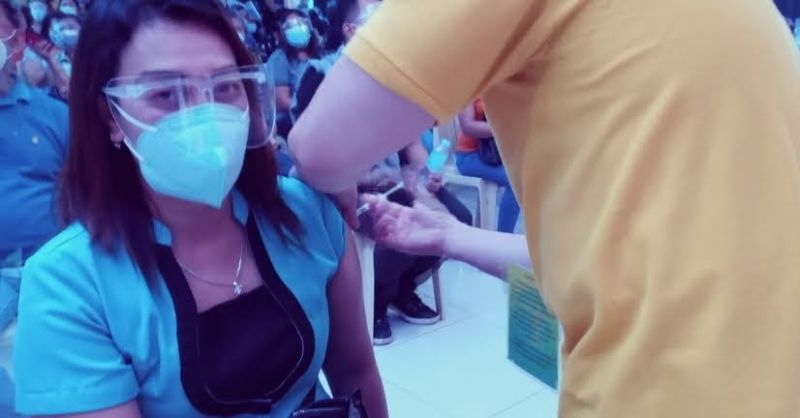 THE City Government of Tacloban has announced June 19, that the vaccination activities in the city will resume on June 21 to 25, 2021.

On June 21 to 24, another vaccination drive will take place at Robinsons North Tacloban Mall in Abucay for the A2 Priority Group or Senior Citizens.

Around 500 elderly citizens of the city are expected to receive the jab at each site on the said dates, from 8a.m. to 11a.m., according to the city government.

Senior citizens scheduled for inoculation are reminded to bring their OSCA ID, ballpen, and QR Code; wear facemask and face shield; and show confirmation text message at the verification area to get a priority number.

The City Government said no walk-in will be allowed and only senior clients who have received the confirmation text will be entertained.

Those not belonging to the A2 category will not be entertained.

Meanwhile, the City Government said the resumption of the vaccination drive came after a week's pause due to the surge of Covid-19 cases which also infected several vaccinated healthcare workers or vaccinators in the city.

The infected health workers will be discharged on Saturday, June 19.

The health official also clarified the confusion over the online vaccination registration that checks the status of the applicant's jab appointment.

The clarification was issued after some alleged complaints in the recent weeks, saying that registrants have not been given their schedules after signing up for vaccination.

Under the new system, https://safecity.tacloban.gov.ph/vaccine-registration/, residents are asked to sign up online and are advised to wait for a text message detailing where and when they can get their first or second dose, according to the City Information Office (CIO).

Citing Fabrigas, the city’s information arm said that registering online does not mean that the applicant can immediately be notified of their schedule and can be vaccinated.

According to the health officer, the vaccination activities in the city also depends on the vaccine allocation by the Department of Health (DOH).

Since the start of the rollout, about 15,300 people have received the Covid-19 jab.

Of the said number, almost 9,000 have been fully vaccinated.

Individuals who will be scheduled for vaccination are also advised to get ample rest right after getting their shot, as it typically takes a few weeks for the body to build immunity, the city government said.