Demand for local coffee going up but production struggles (Part 2) 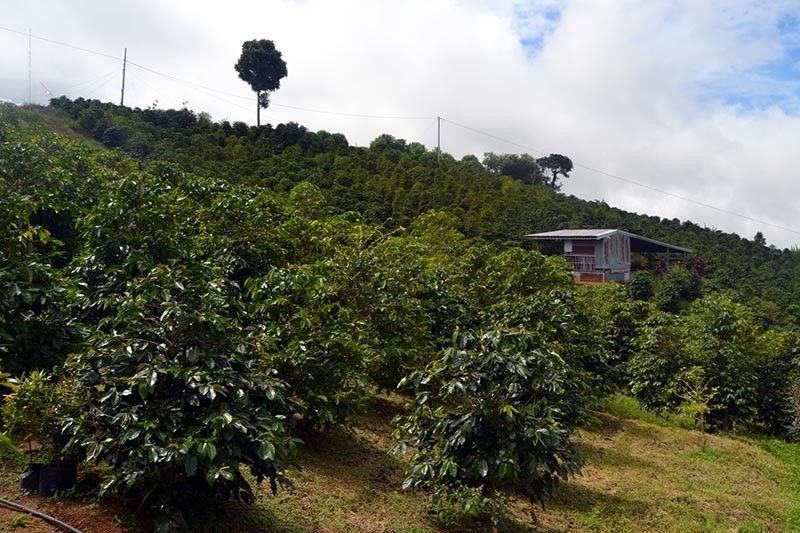 DEMAND. ACDI/VOCA Business Development Coordinator Emmanuel Quisol said while there is a huge potential for coffee beans from Davao Region to make it big, the local industry still struggles to meet the local demand in terms of volume. (RJ Lumawag) 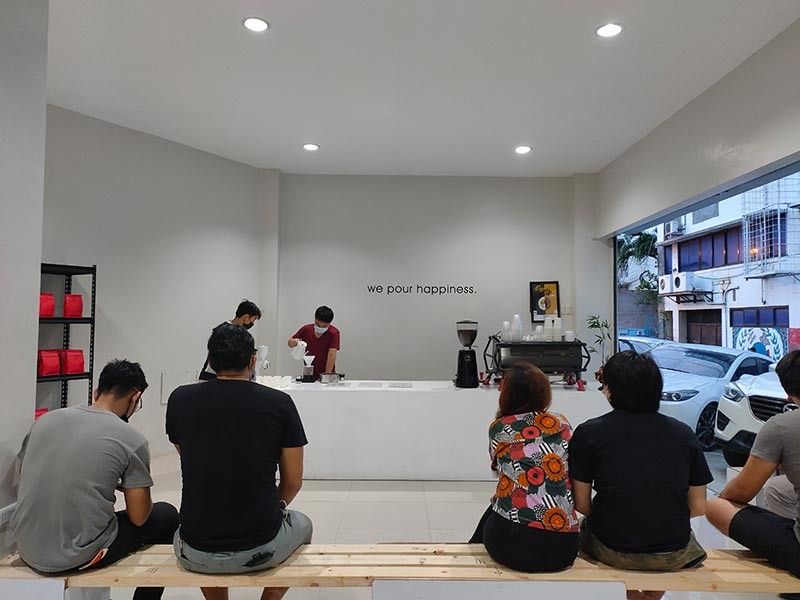 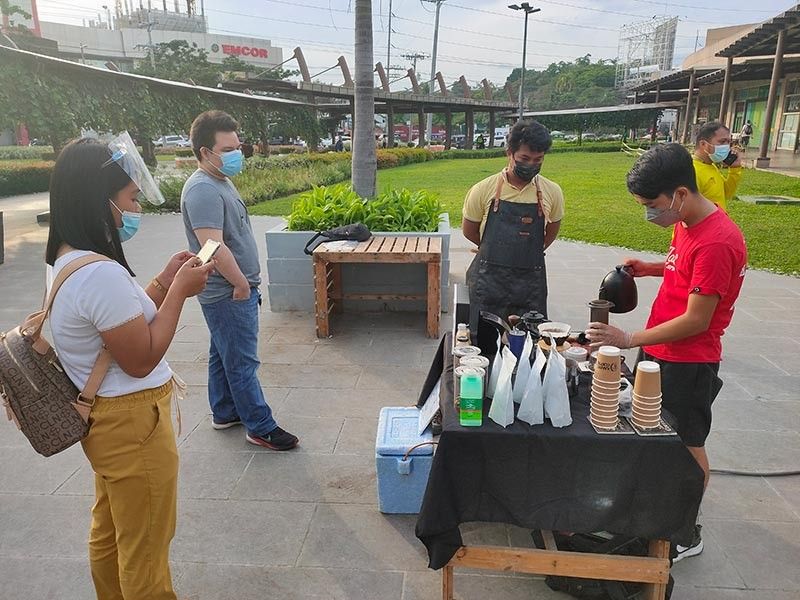 [Editor's note: This is the second of a three-part series of "Davao coffee on the rise." The first part was published on June 13 and can be read here ]

THE local coffee scene has been growing in recent years.

Coffee For Peace (CFP) Founder and Chief Executive Officer Joji Pantoja noted how there were only a handful of coffee shops in Davao City in 2006. Fast forward to the present, there are now dozens of coffee shops and cafes in the city where Dabwenyos get their daily caffeine fix.

Even during the pandemic, the local scene has been making strides, albeit smaller -- the coffee stalls and mobile coffee shops.

In a previous interview with ACDI/VOCA Business Development Coordinator Emmanuel Quisol, he said the rise of mobile coffee shops can be born out of the closure of several cafes and coffee shops.

"This has displaced a lot of our talented baristas. Coffeeholics and regular customers of these shops have to find ways to get the daily caffeine fix. The rise of these mobile coffee shops addresses the gap that the closure of the favorite coffee shops created. This has created a positive impact on the local coffee market as these shops now bring coffee closer to their customers," Quisol said.

The sight of a barista preparing you a cup of coffee at their mobile coffee shop along the streets of Davao City has become a common scene. Not only are they serving a good cup of coffee but they are also helping more Dabawenyos learn and appreciate coffee.

Pantoja said the growth in the local coffee scene is not only observed in the number of coffee shops opening. She said they have also observed a change in what customers are looking for in a coffee.

"Mukhang nag-iincrease din yung curiosity with the fact that we are teaching them," she said.

Unlike before, coffee tasting or coffee familiarity is now a common set-up in the local coffee shops allowing more people to learn about coffee.

"Coffee familiarity and coffee tasting educate consumers. Once you educate the consumer, sila na mismo yung sasabi na 'iba ang lasa ng kapeng ito noh as compared to this coffee?' (Some of them can now differentiate the taste of one coffee from another)," Pantoja said.

She said Millenials and those aged between 30 to 40 years old tend to look for coffee that would give them different experiences in terms of how it tastes.

Another testament to the growth of the local coffee scene, arabica coffee beans produced by farmers from Davao Region has recently made their mark at the Philippine Coffee Quality Competition (PCQC). Since 2018, beans from the region have consistently placed in the Top 6.

This recent success of coffee beans at the PCQC has also driven its demand up.

"We can speak for the experience of the Balutakay Coffee Farmers Association (Bacofa) whom we have provided support through the PhilCafe Project. The cooperative used to have only around 15 to 16 buyers in the past three years, but now, this number has increased to 31," Quisol said.

Members of Bacofa are consistently in the top six of PCQC. This year, five of its members placed in the top six. The top three this year are also from them.

"It is growing and I see that growing more and more because marami na nagdadaldal about coffee (A lot are now talking about coffee)," Pantoja said.

She added that there is still room for growth for the local coffee industry in Davao City.

"But we want more kase di pa lahat eh. Hindi pa siya saturated kumbaga kaunti palang population ng ating society (We can grow even more because we have not saturated the market yet). So, we need to saturate our whole country na 'hey people we have good coffee, patronize our own coffee,'" Pantoja said.

Quisol said with an increase in demand for coffee, local farmers "in Davao Region are not able to meet the demand in terms of volume."

According to the Philippines Statistics Authority (PSA), the Philippines produced around 60,000 metric tons (MT) of coffee nationwide in 2019. Davao Region produces 17.8 percent of that total. These are barely enough to cover the consumption of the domestic market.

"For a country that is a net importer of coffee, we cannot meet domestic demand in terms of volume. And the demand is expected to continuously increase in the coming years," Quisol said.

Quisol said while they do not have the latest actual figure of coffee production in Davao Region, for the Mount Apo area in Davao del Sur, green arabica coffee beans volume produced per year is estimated to be around 60 to 65 metric tons.

"While the potentials of Philippine coffee are recognized through the PCQC, we also must note that there is a huge demand for Philippine specialty coffee in the local market," Quisol said, adding that it would not be easy for local farmers to play in the international market if it struggles to meet the local demand.

Quisol said when the demand for Philippine specialty coffee peaks in the local market, farmers could no longer meet the needs of its buyers.

"For instance, some Davao-based farmers have to allocate available volume for each buyer in order to cater to their requirements and to ensure that everyone is served," he said.

Pantoja said, unlike other coffee-producing countries, the Philippines, in general, does not have large swaths of land where farmers can plant coffee trees.

John Paul Matuguinas, Department of Agriculture-Davao (DA-Davao) regional focal person for the High-Value Crop Development Program (HVCDP), said some farmers would opt to plant other crops instead of coffee.

(Some farmers already have coffee trees, but they opt to cut it down and plant cavendish banana instead because, for them, you get a higher income from it. However, they are unaware that there is a huge potential for coffee in Davao Region.)

With the local coffee farmers still unable to meet the demand of the domestic market, Quisol said, "The international market is dream that we have yet to fully penetrate."

This despite farmers has already started exporting their coffee beans outside the country.

Quisol said there is a need to improve and streamline existing processes to allow coffee farmers to meet the demands of the domestic and international market.

"As a whole, the entire Philippine coffee industry must standardize its protocols and streamline the processes in exporting of coffee products," he said.

Pantoja, meanwhile, said while it will be a challenge for the Philippines to increase areas for coffee production due to it being an archipelago, there is still hope for local coffee.

She said aside from the volume of production, there is also a need for the local farmers to meet the growing demand for quality coffee.

"Siguro yung mga coffee shops na nagtatanong na wala silang supply, that uses roasted coffee, (Maybe some of those coffee shops that are using roasted coffee and are struggling to look for supply) are the ones looking for a good quality coffee. And we have a problem with that," she said.

Pantoja said by improving the quality of Philippine coffee, it could compete competitively in the domestic and international market.

"Of course we have to take note that Philippine is a group of islands. Therefore, wala tayong panlaban kay (It would be a challenge to compete with) Vietnam that could plant sa massive land areas nila. So, our only edge is to reproduce...specialty coffee and fine robusta," she said.

Matuguinas said to address the volume and quality gap, the private and public sector are coming together to help the industry.