No single-use plastics now a law 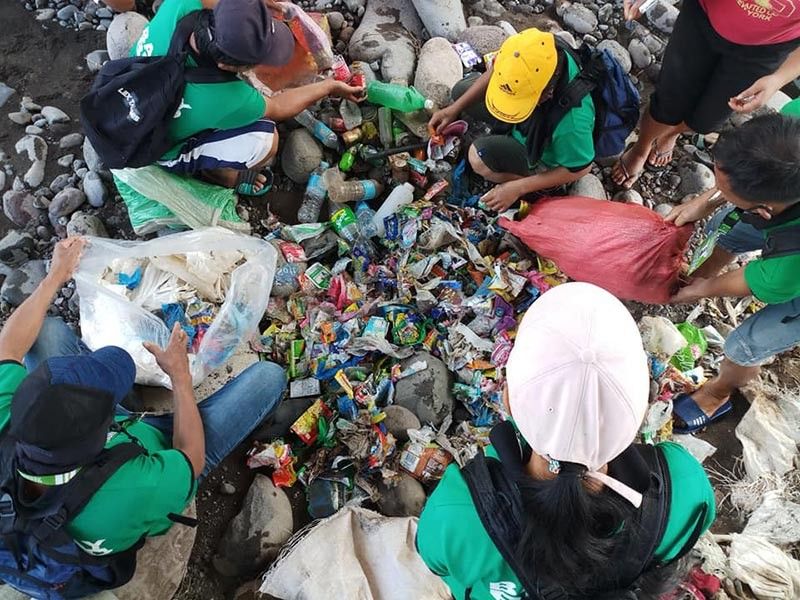 DAVAO City Mayor Sara Duterte-Carpio has already signed the ordinance banning the use of single-use plastics in the city, an environmental group said.

Interfacing Development Interventions for Sustainability (Idis) Executive Director Mark Peñalver said during the Facebook live interview with SunStar Davao's The Talking Heads on Friday, June 18, that this was disclosed by officials from the City Mayor's Office.

The ordinance, known as the "No to Single-Use Plastics Ordinance of 2021," was enacted on March 2. It aims to regulate the sale, distribution, and use of single-use plastics in the city.

The ordinance also aims to implement waste reduction plans, programs, and practices within the city and “to enhance the right of the people to a balanced and healthful ecology in accord with the rhythm and harmony of nature.”

Among the provision states that single-use plastics such as drinking cups, ice cream cups, condiments or gravy containers, cup lids, stirrers, cutleries, straws, meal boxes, pastry or cake boxes, egg containers or clamshells, balloon sticks, and hand gloves are no longer allowed to be sold, used, or distributed for free without a special permit to distribute and/or use single-use plastic products.

"Special permit to sell” will be issued by the City Mayor’s Office and upon showing that there are no commercially available alternatives.

Idis earlier lauded its passage, which had long been lobbied.

It can be recalled that Duterte-Carpio certified the passage of the ordinance as urgent weeks before it was passed.

Months after its passage, Peñalver said it is too early to assess its implementation on the ground.

"I think it's too early to assess the implementation of the 'No to Single-Use Plastics Ordinance' right now. However, we are hopeful that this ordinance will really help in the reduction of our waste or plastic generation in the city," he said.

The Idis head also hoped that the business sector and the general public would be compliant in the implementation of the ordinance.

Peñalver also said it is also too early to lobby for an amendment in the ordinance.

Sustainable Davao Movement (SDM), wherein Idis is one of the members, lobbied for the inclusion of sando bags, labo bags, and polyethylene terephthalate (PET) bottles in the single-use plastics to be banned or regulated.

SDM is a network of environmental multi-sectoral organizations, women and youth groups, and individuals who promote and advocate for sustainable living in the city.

The movement raised concerns regarding the ordinance. Among them is the ordinance's title "regulating the sale, distribution, and use of single-use plastics" in the city. It also proposed to rename the ordinance from “No Plastics Ordinance” to “Plastics-free ordinance.”

"Consider using 'free' to emphasize that it is the dependence on single-use plastics that we are addressing such that existing alternatives will be the mainstream product/packaging," SDM said in a position paper.

The group called for the inclusion of sando bags, labo bags, and PET bottles in the single-use plastics to be banned or regulated.

SDM is also calling on to amend the special permit. It said the P10,000 per year permit fee is "too inconsequential to deter single-use plastic production." Instead, it suggested the permit be on a per-item basis.

The group also pushed for the inclusion of incentives for establishments and institutions that will transition to plastics-free operations and declare their own single-use plastic-free policy. Incentives include waiving fees related to registration/permit fees and promotion of the enterprise in social media and other promotional materials/events of the city.

Peñalver said some of their concern is also being lobbied for a separate ordinance.

For now, he said they are going to look into its implementation.

“Let’s give this ordinance a chance to be implemented. Kasi nga (Because) during the implementation, dito natin makikita ang mga (we can see the) loopholes ng isang (of a certain) ordinance or policy. By then, we can come up with specific proposals as to the amendment of the ordinance,” he said.

Prior to the ordinance taking effect, he said some establishments have already started using alternatives, including the usage of paper straws, stainless straws, and bamboo straws as an alternative to plastic straws.