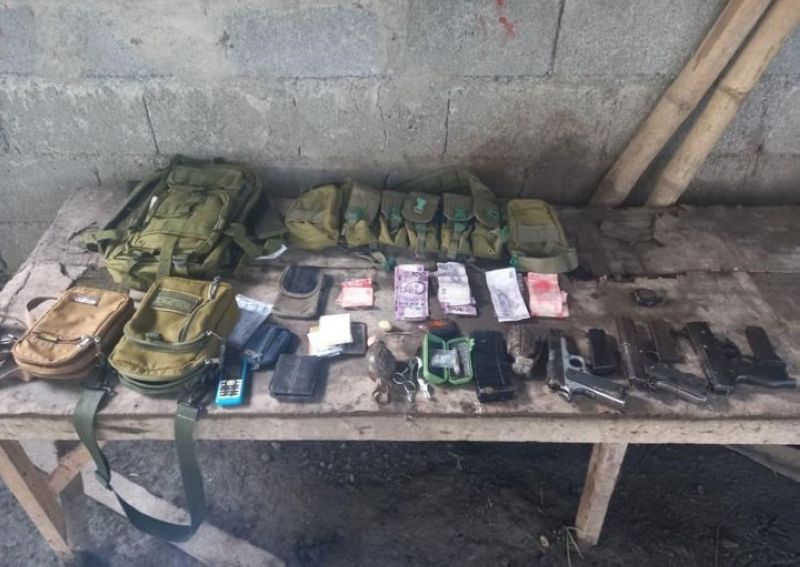 ZAMBOANGA. Three members of the Bangsamoro Islamic Freedom Fighters (BIFF) die in a clash with government troops Sunday, June 20, in Shariff Saydona Mutapha, Maguindanao while an encampment of the BIFF was discovered in Ampatuan, Maguindanao. A photo handout shows the war materials, including cash and suspected shabu the troops recovered from the encampment. (SunStar Zamboanga)

THREE members of the Bangsamoro Islamic Freedom Fighters (BIFF) were killed in a clash with government forces in Maguindanao, the military reported Sunday, June 20, 2021.

Vinluan said the firefight resulted in the death of three BIFF, which prompted the remaining seven members to flee and abandon their slain comrades.

He said the recovered remains and war materials were brought to the 1st Mechanized Infantry Battalion headquarters for identification, documentation and proper disposition.

On Saturday, June 19, the troops discovered an abandoned encampment of the BIFF while conducting focused military operation around 4 p.m. in Sitio Tubak, Saniag village, Ampatuan, Maguindanao.

Major General Juvymax Uy, JTF-Central commander, said the encampment is situated in an area along the hillside.

“Congratulations to the troops of Joint Task Force Central for these significant accomplishments,” Vinluan said.

“Rest assured that the armed forces will continue to conduct focused military operations to hunt and pound on the enemies, and recover their strongholds and armaments,” Vinluan added. (SunStar Zamboanga)