Convincing mountain residents to get vaccinated ‘an uphill battle’ 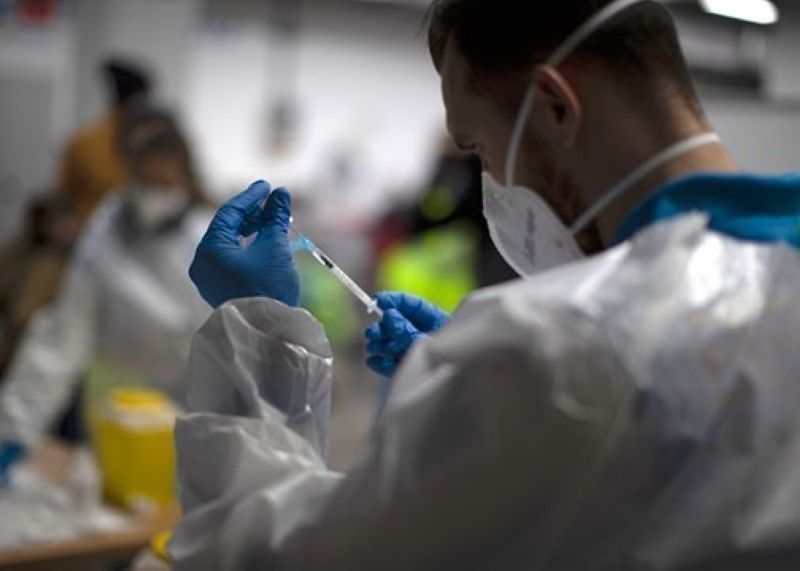 TRYING to convince residents of mountain barangays to register for Cebu City’s vaccination program has not been easy.

Esterlina Añosa, a member of the mayor’s information and liaison office in Barangay Sinsin which conducted the information and education drive, said it took five rounds of house-to-house visits before some residents agreed to get the jab.

Even then, only 50 of the barangay’s 3,000 residents registered for the program. Another 200 individuals wrote their names on the list, but they are still undecided, she said.

The same situation was experienced by a barangay health worker (BHW) in Barangay Malubog.

The BHW, who refused to give her name, said it was not easy explaining to residents the benefits of the vaccine. Instead of understanding, some residents hurled insults at them instead.

She said people have a hard time accepting the vaccine against coronavirus disease 2019 (Covid-19) since it’s new.

“We kept on telling them to get vaccinated. Although it would not be 100 percent sure to protect them from the virus, but at least if they ever contract Covid-19, the effect would not be that bad,” she said in Cebuano.

The vaccination site in DBTC caters to residents from Barangays Buhisan, Toong, Pamutan and Sapangdaku.

The City targets to vaccinate majority of mountain barangay residents by September.

Roger Taborada, 47, was one of 362 individuals who received the first dose of the vaccine in Bonbon.

Taborada, a utility worker in a school in Barangay Babag, grabbed the opportunity to avail himself of the vaccination program because he believes it would protect him from the virus.

Elvin Lariosa, who works in a water refilling station on V. Rama Ave., also availed himself of the vaccination program.

Lariosa said his employer encouraged him and his colleagues to get vaccinated to lessen the chance of contracting Covid-19.

The 24-year-old Lariosa said many of his friends continue to have reservations about the vaccine because of posts they read on social media.

“We have read different views. Others will not avail themselves of the vaccine because of many issues, but, for me, I don’t believe that,” he said in Cebuano.

Ian Umpad, a public school teacher in Barangay Buot-Taup, was ready to be injected, but his inoculation was deferred because he had a cough and a cold three days before.

Umpad said residents of mountain barangays used to have no issue with vaccination programs conducted by the City Government. That changed after the Dengvaxia controversy, when the dengue fever vaccine was found to raise the risk of disease severity for some people who had received it, he said.

As a teacher, Umpad said he educates his colleagues and his students about the importance of the Covid-19 vaccine.

Ibones said the City has been conducting an information and education drive in mountain barangays because some of the residents there are not aware of the vaccination program or do not have internet connection, while others are easy to believe “fake news” regarding Covid-19 and the vaccine.

“Hopefully, in the next few days, more people will accept it and agree to be vaccinated,” he said.

According to the June 19 data from the Management Information and Computer Services, 45,283 individuals from mountain barangays have registered for the vaccination program.