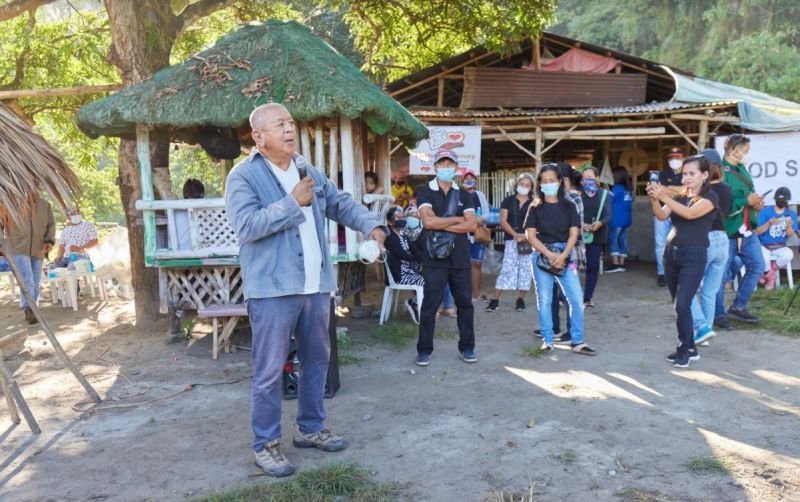 THE Abacan River and Angeles Watershed Advocacy Council Inc. (Araw-ACI) recently announced the re-launching of the Adopt-a-Watershed Program following the success of the June 19 tree-planting event in Barangay Sapangbato, a joint undertaking of the group and the Angeles City Government.

Araw-ACI president Renato S. Tayag Jr. expressed gratitude to the groups and companies that supported the June 19 event while announcing that four entities have already pledged to sign up an agreement with Araw-ACI and with its affiliate cooperative in support of the Adopt-a-Watershed Program.

The Adopt-a-Watershed Program is a three-year reforestation program designed for large groups and big companies that are willing to maintain and support a one-hectare reforestation area inside the 560-hectare Angeles Watershed.

Tayag said the purpose of the program is to ensure the survival of the plants within a three-year growth period until they can live on their own in the forest.

"This program is not just a tree-planting activity but more of a sustainable program for reforestation. We designed the June 19 event to attract people and encourage them to experience planting at the Angeles Watershed but the more long-term goal is to encourage these groups to adopt at least one-hectare reforestation area within the watershed in a span of three years,” Tayag said.

Two of the four entities that have committed to the program are the Clark International Airport Corp. (CIAC) and the De La Salle Alumni Association-Pampanga.

Araw has yet to finalize talks with the other two private companies that have signified intentions to help.

In earlier talks with CIAC Vice President for Operations IC Calaguas, who is also the chief adviser and chief tactician of Mayor Carmelo Lazatin Jr., she committed to support the Adopt-a-Watershed Program and announced that CIAC will allocate at least P500,000 for the said reforestation program.

"CIAC’s participation in the June 19 event is already part of their commitment to the program and we value their sincerity to do this for the sake of Angelenos,” Tayag said.

“We believe that our partnership with Mayor Lazatin and the Angeles City Government will yield more benefits for Angelenos. We commend the City Government for heeding our call to preserve and rehabilitate our watershed. In a study conducted by the Japan International Cooperation Agency in 2008, it was revealed that we are at risk of losing water come 2025 while the Abacan River is one of the most contaminated rivers in Pampanga. We are thankful that the incumbent mayor fully understands this and is working with the private sector to reforest and secure our supply of water,” he added.

For his part, Lazatin vowed to protect the watershed.

Lazatin said his office is continuously coordinating with Bases Conversion and Development Authority (BCDA), through his chief adviser and Clark International Airport Corp. Vice President for Operations IC Calaguas, to entrust the stewardship of the 560 hectares watershed to the City Government.

In principle, Lazatin added that BCDA officials have agreed to it.

The 560-hectare Angeles Watershed is a former United States military reservation and part of Clark Air Base. It is now under the authority of the BCDA by virtue of Republic Act 7227 or the Bases Conversion and Development Act.

Tayag also gave credit to the efforts of the City Environment and Natural Resources Office (Cenro) headed by Archie Lazatin and the various private sector groups that joined the June 19 event in Barangay Sapangbato.

“We will not accomplish anything without the help of the people and the groups that have also committed their time and energy to the advocacy activity,” the Araw-ACI leader said.

At least 22 private-sector groups and two government-owned and controlled corporations (GOCCs) have participated in the recent tree-planting event dubbed as Bayanihan sa Tubig-Kanlungan.

It was attended by around 500 participants from Angeles City, Manila and Pampanga who planted some 2,000 seedlings of forest trees, fruit-bearing trees and bamboo at a two-hectare site inside the watershed area.