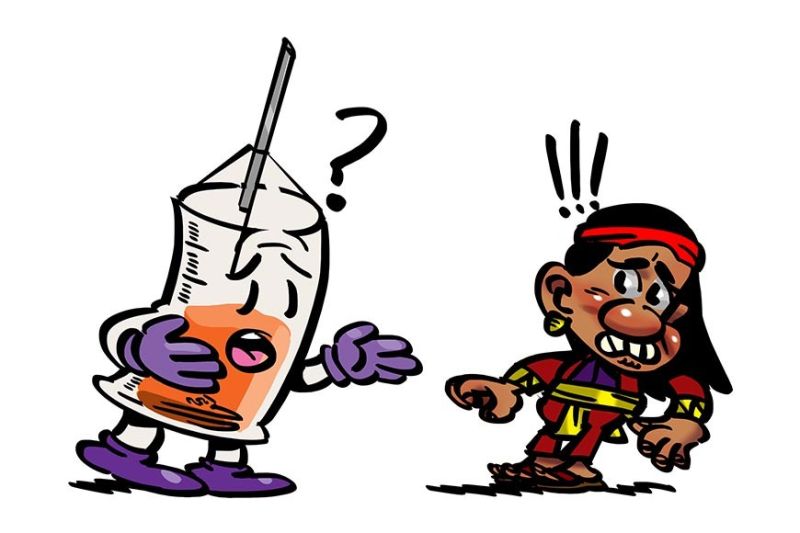 If only an eye-roll emoji could save the world.

It’s a wierd one out there. Man quarrels with wife who tries mighty hard to drag him to the nearest vaccination center. He holds his ground, he refuses to get the dose despite the chance. He is A1 in the priority list. He explains that Covid-19 vaccines are made from chopped parts of aborted fetuses. Still, in another part of the archipelago, man in his fifties, with an apparent profile of a James Bond fan, drops the whole idea of getting the jab. He explains in detail to his drinking buddies how microchips are embedded in the vaccines, making one vulnerable to Big Brother type surveillance. Probably indebted for the free beer, the buddies turn yes-men, buying the whole terrifying idea of tracker microchips running like spy emboli in the bloodstream. Finally, there is one who thinks he’d turn catatonic three years from now if he gets inoculated with either the Russian or Chinese vaccines. Hah, cinematic plot for world domination.

These are plots you think you only get to read in an Ursula K. Le Guin story or a Gabriel Garcia Marquez novel—between science fiction and magic realist tales. In Marquez’s novel, the mysterious old man with enormous wings gives its supposed worshippers the wrong miracles—a blind man who prayed for his eyesight sprouts three new teeth instead. The leper grows sunflowers out of his soles and the paralytic almost wins the lottery.

Bordering on the absurd, yes, and yet in fiction, they serve to be metaphors for something else, perhaps a social disease or a heartache. In the real world, it’s pretty much the glaring myths that explain the high vaccine hesitancy rate in our country. In a culture where one says “Tabi po” as courtesy to the otherworldly before relieving oneself on a tree trunk, it may not come as a surprise why myths naturally generate, causing irrational fears, validating themselves without question.

Government and the concerned public are confronted by the enormous challenge of dragging the skeptics and the fearful to the centers.

The Department of Health notes some top reasons for the hesitancy: “not safe,” “might die,” “might get sick,” “no trust on brand,” “too old.” Add to that a catalogue of all the absurd tales we mentioned earlier.

The responsibility to educate people on vaccination falls not solely on government. It falls on every citizen whose awareness is of the kind that takes charge, and it indeed is incumbent upon us to kill those myths, bring minds back to the real world and drum up the promise of a new normal under a vaccinated future. To convince our friends, neighbors, colleagues, family members to go join the rollout queue. If we are at least to imagine the return of days when we were less fearful, freer, when love and friendship were tangible.

We wish those spy chips in vaccines were but jokes, but they don’t become funny at the end of the day, when the pandemic claims lives, eats up the economy, leaves the vulnerable among us mad from all the fatigue. Truth is, we’re tired. We don’t want all the health protocols muddled by politics, by misinformation, by power play. We just want our friggin’ lives back.