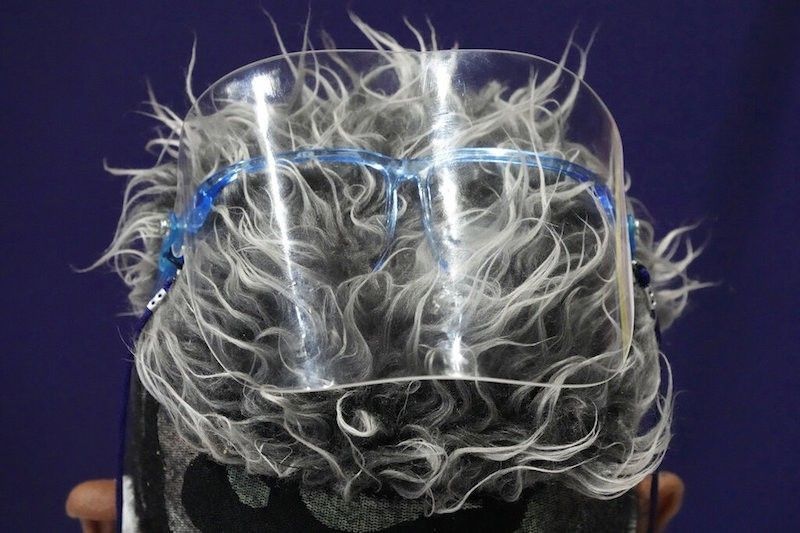 MANILA. This is how most Filipinos wear their face shields - on their heads. (File)

"Acting on the advice of health experts and in view of the Delta variant, PRRD declared that the wearing of face shields, both indoor and outdoor, is still mandatory," Presidential Spokesperson Harry Roque Jr. said in a Twitter post.

Roque made the announcement four days after confirming that the President, during an event in Malacañang attended by lawmakers on June 16, agreed that face shields should be worn only in hospitals.

Senate President Vicente Sotto III had tweeted the next day that the President allowed him to remove his face shield during the event.

The Inter-Agency Task Force (IATF) for the Management of Emerging Infectious Diseases, however, recommended that the use of face shields be retained in enclosed public spaces.

Earlier Monday, Roque noted that only the use of face shields indoors is under appeal. He said face shields may be removed outdoors, but must be retained in crowded open spaces.

In less than 12 hours, he announced that the President has retained the policy.

Based on Joint Memorandum Circular 2021-0001, face shields are required in the following settings as protection against coronavirus disease 2019 (Covid-19) transmission: