Mayor: No talks yet on Davao City going into ECQ 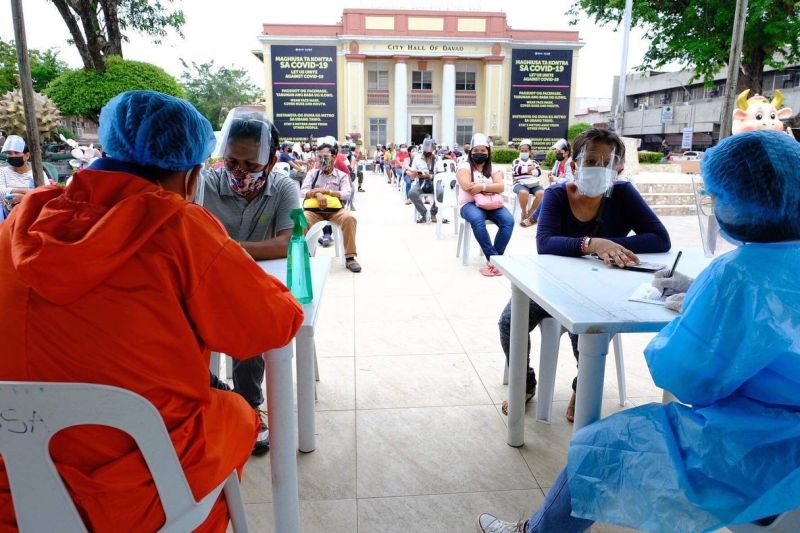 PLACING the entire Davao City under enhanced community quarantine (ECQ) is not being discussed at the local government unit’s (LGU) level, Mayor Sara Duterte-Carpio said Monday, June 21, amid the continuing surge of active cases in the city.

This is the mayor's response to the statement made by Dr. Butch Ong of the Octa Research Group in an interview with RMN Davao on Thursday (June 17).

“Now that I am looking at your numbers, nasa (it is already) 397 [new daily case], perhaps by the end of the week or by the end of next week, kung hindi ito bababa ay baka kailangan natin i-upgrade ito sa (if this figure will not go down, maybe there is a need to upgrade it to) enhanced community quarantine,” Ong said.

He added that according to their observation from last year's surge and from the experience surge in April at the National Capital Region (NCR) Bubble, which was placed under ECQ and modified ECQ (MECQ), the spike of cases were "arrested" and have continuously decreased until now.

Duterte-Carpio said the city will only abide by the recommendation of the Inter-Agency Task Force for the Management of Emerging Infectious Diseases (IATF).

Davao City was placed under MECQ from June 5 to 20 following the surge of cases in the city, resulting in the overwhelming occupancy of Covid-19 referral hospitals and temporary treatment and monitoring facility (TTMF).

The IATF has extended the MECQ until June 30.

Despite placing the city under a tight quarantine status, active cases in the city have continued to surge.

According to the Department of Health-Davao Region data as of June 20, Davao City has 4,669 active cases, currently the highest since the pandemic in March 2020.

When asked if the city is still able to control the surge of cases in the city, she responded, "With regard sa atoang action plan, kontrolado nato. But ang virus dili nato kontrolado kung asa siya padulong. (With regards to our action plan, we have things under control but what we cannot control is where the virus goes)."

Duterte-Carpio said the continuous surge is most likely due to the emergence of the new Covid-19 variants. But she said this has yet to be confirmed.

She also said the continued mobility of people coming outside their residences also attributed to the current surge in the city.

She added that there are also transmissions happening within households.

The mayor also clarified that the city is also not keen on reimplementing the food and medicine (FM) pass anytime soon.