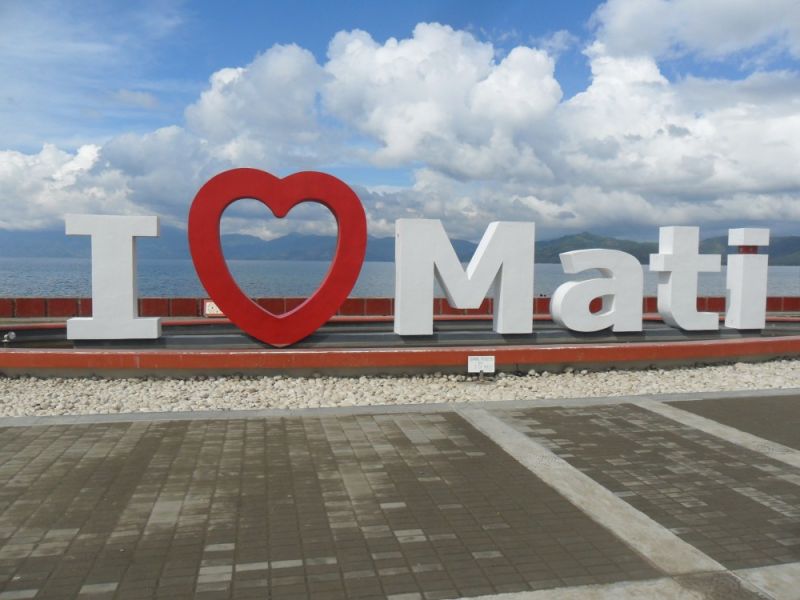 NINE samples of confirmed Covid-19 patients from Mati City, Davao Oriental have been identified to have the more virulent lineage of B.1.1.28 variant (Gamma).

In a press release from the Mati City Information Office on Monday morning, June 21, 2021, the samples from the province were submitted to the Philippine Genome Center (PGC) on June 10.

The City Government said a total of 991 samples were submitted by three Covid-19 testing facilities to the PGC for genome sequencing.

The result showed that samples from Davao Oriental have nine with the B.1.1.28 variant of the Sars-CoV-2, the virus causing the Covid-19. One has the B.1 variant, another one has the B.1.78, and another has the A.4 variant while the results of 69 samples are still pending.

The P.1 variant, which was first reported in Brazil, is a descendant of the Gamma variant. The P.1 lineage contains three mutations in the spike protein receptor-binding domain: K417T, E484K, and N501Y.

Experts said there is evidence to suggest that some of the mutations in the P.1 variant may affect its transmissibility and antigenic profile, which may affect the ability of antibodies generated through previous natural infection or through vaccination to recognize and neutralize the virus.

Mati Incident Management Team (IMT) commander Dr. Ben Hur Catbagan Jr. said the new variant could be the reason why there is a surge in the number of new cases not just in the city but in all other areas of the country as well.

Catbagan said they have observed faster transmission and severe symptoms from the new cases which are all traits of the new variants of Covid-19.

As of June 20, the City of Mati has 91 active cases which are 70 percent higher compared to the month of May. Four deaths have also been reported so far for this month compared to last month’s two Covid fatalities.

There are also 12 clustering cases recorded mostly from health facilities, offices or workplaces, and family gatherings.

He said, though, that there are zero cases of infections coming from locally stranded individuals (LSIs) and returning overseas Filipinos (ROFs) including tourists. Catbagan said that in the past months, all new cases are from local transmissions.

The City Government said the surge of cases has resulted in more than 100 percent occupancy of the Covid-19 beds at the Davao Oriental Provincial Medical Center.

Referral of moderate to severe Covid-19 patients to the Davao Regional Medical Center (DRMC) in Tagum City is also experiencing delays due to a surge in the latter’s facility.

The surge has resulted in the putting up of an alternate care site in Milagrosa and other temporary treatment and monitoring facilities in the city are forced to accommodate moderate Covid-19 cases or those who are symptomatic with pneumonia, due to the limited bed allocations of referral facilities.

As part of the risk management interventions by the Mati IMT, they have begun utilizing the Davao Oriental State University (Dorsu) Dormitory as an extension isolation facility as of June 20.

Currently, around 15 confirmed mild cases have already been admitted at the facility.

The Mati government has also rented a private dormitory facility in Barangay Dahican which will serve as an isolation facility for Rapid Antigen Test positive or probable cases while awaiting RT-PCR confirmatory tests.

In addition, the City Extension Quarantine Facility located in Barangay Central will continue to serve as temporary quarantine quarters for ROF/LSI/local transmission (LT) who have no reverse transcription-polymerase chain reaction (RT-PCR) test results to be shown upon entering the city.

Catbagan reiterated their call to continue the public’s compliance of the minimum health protocols such as wearing of face mask and/or face shield, physical distancing from others, avoiding crowded places, and hand washing.

At present, seven percent vaccination coverage of the target population of 92,685 is already achieved. The Mati IMT aims to reach 10 percent by September, 40 percent by December 2021, and hopefully, 70 percent next year if supplies are adequate.

Based on the Inter-Agency Task Force for the Management of Emerging Infectious Diseases classification, Mati and the rest of Davao Oriental are under modified general community until June 30. (With reports from Mati CIO)