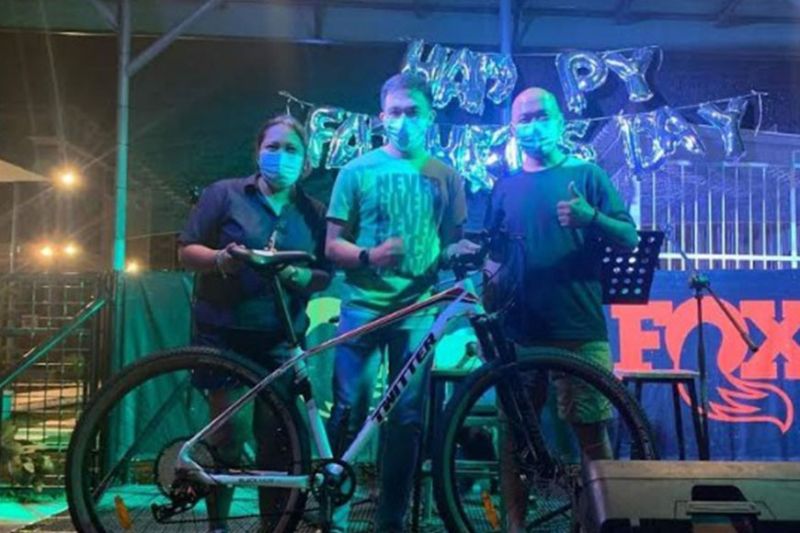 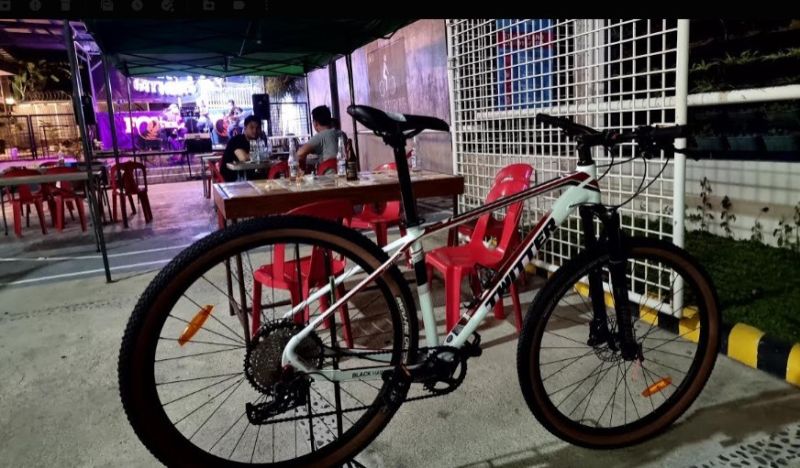 A YOUNG man who dreamed of owning a bike so that he can commence with his plan to ride a bike as his means to enjoy the outdoor exercise was blessed to have a brand new mountain bike during Father's day celebration, June 20.

John Vincent Haro bagged the grand prize of a brand new tweeter mountain bike from an amiable couple Michael and Jojane Morcilla, originators of Spoontrail in Buro-Buro Alangilan as their way of giving back the grace from God for blessing them abundantly.

Haro who first went to the memorial of his dad to greet him on his special day did not expect that his day will have a different twist until he learned he won a mountain bike that costs more or less P38,000.

It was not planned. They just proceeded to Spoontrail with the company of some family members and friends. It so happened that the Morcilla couple was also tossing a raffle during that day to honor the fathers who served as the pillars of families.

Haro was grateful to learn that his name was called out as the grand winner.

He was about to go home and had already reached a certain distance from Spoontrail but suddenly he decided to go back because he forgot to write his name on the coupon. It was his gut feeling that told him to come back and fill up the raffle coupon.

And surprisingly, when the raffle reached fruition, it was his name, Yes, his name which was declared open as the grand winner.

"Yes! I got it," exclaimed the young and genteel Jaro who was wearing an all smile following his winning the grand prize.

He sincerely thanked the initiator of the raffle -- the Morcilla couple who answered his goal of owning a bike without spending a big chunk from his pocket.

Dream come true for him who puts up a worthy plan of taking care of his physical health by starting to engage in biking. And it was perfect because even the size and built of the prized MTB fits his physical built too.

On the other hand, the Morcilla couple was also grateful that they were allowed to share with others the opportunity to provide the grand prize including minor prizes that put a smile on the faces of the bikers and would-be bikers.

Just keep on moving with your bike and with your dreams because one day, you will reap what you have cultivated, they encouraged their friends and visitors.

Happy father's day to all dads in the community and the world.