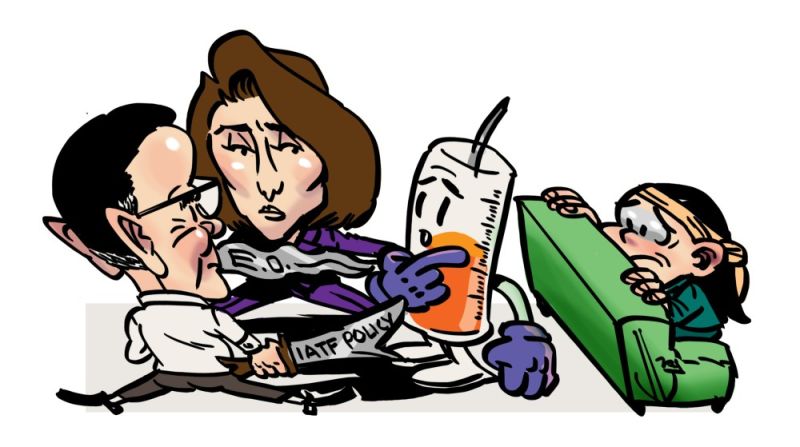 We thank the parties concerned in the differing protocols for arriving Filipinos from abroad for opening the channels for dialogue toward a possible win-win solution. With the Province’s deference to the national protocol of a 10-day facility quarantine and a seventh-day swab, that should settle the matter for the nonce. The national policy imposes a layer of protection in our ports of entry at a time of strange, incendiary variants.

In a private dialogue with SunStar Cebu editors and regional officials and experts in our fight against the pandemic, we learned that much of the decision to allow a third-day release-to-home local policy for Cebuanos from abroad was inspired by lessons from our ground feats and a bit of confidence that we have our public health care capacities comfortably in place in case of a surge. Our best practices, tested last year, include: enhanced testing capacity, sustained contact tracing, management of isolation centers, joint surveillance, private sector help, emergency hotlines and the Emergency Operations Center.

It came out too that the rather common mindset was that Covid-19 will be here to stay, we might as well shift paradigms in terms of reclaiming some normalcy in its presence. A health official also emphasized the importance of social responsibility and empowerment, letting the citizens themselves imbibe the reality that they each have a role to play in this pandemic. In the case of overseas Filipino workers (OFWs) and returning overseas Filipinos (ROFs), to bear the responsibility as they return to their homes. Essentially, the approach is to teach citizens to look after themselves, empower communities, as demanded by the new normal.

Unfortunately, though, we don’t believe this sits well at a time when extreme caution is necessary and while we’re wrestling for vaccine supply amid a high rate of vaccine hesitancy in most parts of the country—a combination of realities that makes us highly vulnerable and a single misstep such a firestarter. Even the doctor who concurred with the local protocol admits, as shown in the presentation slides, that viral load is presumably undetectable until the seventh day after exposure. We simply can’t leave it to chance. If we are to release OFWs and ROFs to their respective local government units (LGUs) on the third day after arrival following negative swab results, one doctor in that forum asked, are our LGUs ready? How much control is in place to ensure non-transmission because, admittedly, a Day 1 swab’s negative result is no assurance at all and the next swab would have to be in four days yet. Transit time is risk time for everyone that gets in the way of the balikbayan.

We also take issue on the fallacy that because we’re holding OFWs and ROFs under longer quarantine, we are being “inhumane.” Imagine the bulk of humanity that we’re protecting in the method that we favor.

While the matter had been decided, we must seize the chance now to focus on hauling everyone from their couch to the vaccine centers. That should be the main concern now—both for government and the public at large.

We welcome just about any idea on how we can make the campaign effective—from incentivizing to gamefying our rollouts, if only to make vaccination such a cheerful proposition to the rest of the citizens.

Yes, enough of the bickering on protocols. Stakeholders must come to the table and strategize the vaccination program.