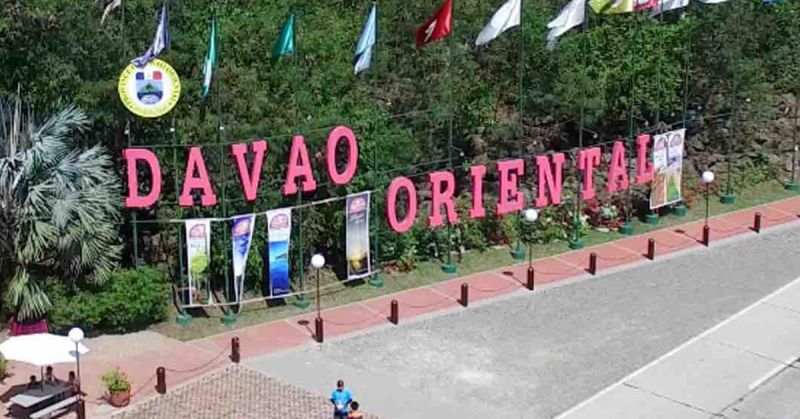 THE Davao Oriental Provincial Task Force-Covid-19 clarified that there are no Covid-19 gamma variants or any other variants of concern detected in the province.

In a press statement issued on Tuesday afternoon, June 22, 2021, Davao Oriental Provincial Health Officer Dr. Reden Bersaldo said P.1 or the gamma variant, which was first reported in Brazil, has not been detected in any of the samples coming from the province.

The gamma variant is among the identified variants of concern by the Department of Health (DOH) and World Health Organization (WHO).

“Although there were variants which have been detected, these are from lineages of non-concern variants as per the guidelines of the Department of Health and World Health Organization,” Bersaldo said.

Attached on the press release is the link of the letter coming from Department of Health-Davao Region (DOH-Davao) Director Annabelle Yumang.

Yumang said in a letter forwarded to Davao Oriental Governor Nelson Dayanghirang that her office had received media inquiries related to the press release issued by the Mati City Information Office (CIO) on Monday afternoon, June 21, that certain Covid-19 variants with confirmed cases in the province, particularly in Mati, have been identified.

Based on the data from the DOH, the variants of concern are the: United Kingdom or Alpha variant (B.1.1.7), South Africa or Beta variant (B.1.351), Brazilian or Gamma variant (P.1), and India or Delta variant (B.1.617.2), while the variant of interest is Theta P.3 -- all of which are not present in the province of Davao Oriental.

“The reported variants are not identified as a variant of concern because current data are insufficient to determine whether the variant will require more appropriate and specific health action,” Yumang said in the letter.

Bersaldo said that while the Provincial Government allays the public’s fear from the presence of new Covid-19 variants, he said same health protocols will be followed regardless of the variant.

“Whatever our variants may be, our approach remains the same in controlling Covid-19 but as per detection of these Brazilian variants, that is not true,” he said.

He also said the protocols for the surveillance unit will still remain the same, including verifying the location of cases, conducting a case investigation, submission of a narrative report, sending specimen samples especially from areas with a spike of cases, and presence of clustering from contracts of arriving passengers from abroad.

On Monday, the City Government of Mati reported that nine samples of confirmed Covid-19 patients from Mati City, Davao Oriental have been identified to have the more virulent lineage of B.1.1.28 variant (Gamma).

The city said 991 samples from the province were submitted to the Philippine Genome Center (PGC) on June 10 for genomic sequencing.

The result showed that samples from Davao Oriental have nine with the B.1.1.28 variant of the Sars-CoV-2, the virus causing the Covid-19. One has the B.1 variant, another one has the B.1.78, and another has the A.4 variant while the results of 69 samples are still pending.

Mati Incident Management Team (IMT) commander Dr. Ben Hur Catbagan Jr. said that though the presence of the more virulent variant has not yet been confirmed, he suspects that new variants of Covid-19 could be the reason why there is a surge on the number of cases this month as well as an increase on the number of fatalities resulting to surge in hospitals and health facilities.

“Mabilis ang spread (It has been spreading fast) and more are exhibiting severe symptoms. These are traits of new variants. Public has the right to be warned so they can protect themselves. Masks and avoidance of crowds are effective in protecting them against Covid-19 and its variants,” Catbagan said in a press release on Tuesday afternoon, June 22.

Clustering in hospitals, health facilities, workplaces and family gatherings have been observed, according to the Mati IMT.

The Surge Capacity Management has been activated by the City Government weeks ago, starting with the expansion of surge facilities and testing capacity supported by advocacy on strict adherence to health protocols and strengthening the vaccination campaign.

“So far, the public has not panicked from the story. There is however more compliance with the health protocols and some are now signing up for vaccination,” the city said in a statement on Tuesday, June 22.