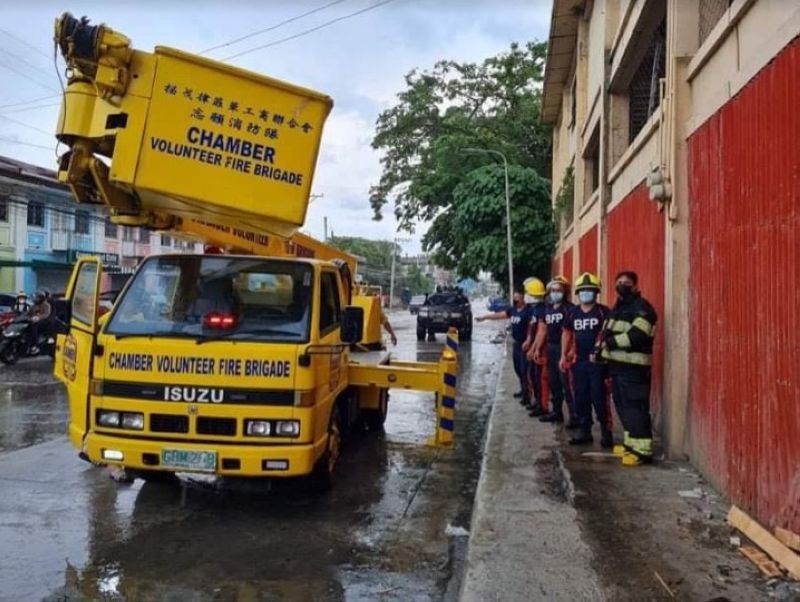 NEGROS. Thanks to those who immediately responded, the dog stuck on the roof was finally rescued. (Contributed photo) 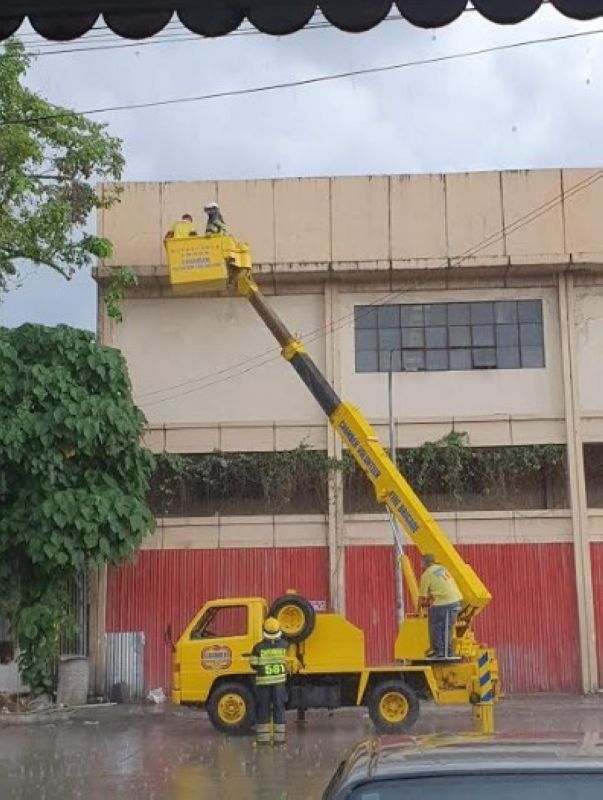 NEGROS. Thanks to those who immediately responded, the dog stuck on the roof was finally rescued. (Contributed photo)

A STRAY dog was found stuck on the rooftop of the PENG Building Shopping Area, Bacolod City opposite Thirdwave Restaurant.

According to the reporter and owner of the establishment, Ms. Laverne Alit Trafalgar, an animal lover herself that feeds and rescues local strays, the dog was there for three days and they have been wondering how the dog got into the roof. Her husband told her that the dog was still there on the third day and whilst she was having the meeting, she was alarmed and was concerned about how to rescue the dog. It was pouring rain and it looked scared and hungry and so they decided to call the Bacolod Chamber Volunteer Brigade, of which they immediately responded to the call.

It was a mystery for them how the dog reached the roof with no possible access or entrance.

It was also challenging because it was raining and they had to use the aerial bucket to reach the roof safely to have a closer encounter with the dog. The dog was barking defensively. They admitted that they were cautious as they can hear the fierce loud bark of the dog growling. There was a concerned individual who gave them bread and chicken to entice the dog to come closer but to no success.

It took them 40 minutes to capture the dog from the roof with the fear it would result in accidents or attacks. Mr. Mark Chiu said that this is not the first time that they have rescued animals whenever there is a fire or accidents, whether it is a dog or a pig they try their best to rescue any living creatures because their lives matter and they have sworn to save them.

CARE was hoping to rescue and take the dog with them to have proper medical assistance, food, and shelter but it was already gone. The dog escaped after he was brought down from the roof by the volunteers, we are thankful though that he is safer now.

There are a lot of things that need charter change such as the animal welfare laws and responsible pet ownership ordinances not only in Bacolod City but in the Philippines as a whole fighting stigma and prejudice. By doing it alone, we can only do a little, together we can do so much to succeed.