Noneco power rate up, too 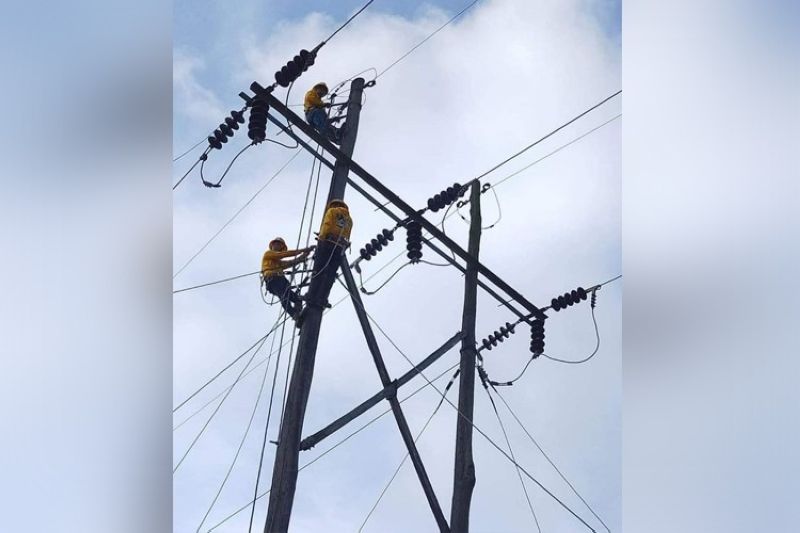 The Northern Negros Electric Cooperative, catering to electric consumers in the northern portion of Negros Occidental, announces an increase of P1.7855 per kilowatt hour in its power rate for June 2021. (Contributed photo)

The cooperative catering to areas in the north, from E.B. Magalona to San Carlos City, announced that its power rate for June 2021 is P13.1359 per kilowatt hour (kWh).

The significant increase is attributed to high prices of electricity in the Wholesale Electricity Spot Market (Wesm), it said.

Noceco earlier announced that the increase in its power rate for the month is P2.81 per kWh.

The power distribution utility caters to electric consumers in the south, from Pulupandan to Hinoba-an.

The main driver of the higher electricity rates was the P2.2577 per kWh increase in the generation charge, which moved from P5.3879 to P7.6456 per kWh.

The higher generation charge is due to increases of P4.3370 per kWh in Wesm and P0.0594 per kWh in the power supply agreement (PSA) with Palm Concepcion Power Corporation (PSALM).

With the higher electricity price from the spot market, it resulted in an increase on the average price of the generation rate.

Other factors that contributed to the overall increase in rates included increases in systems loss rate - P0.3206 per kWh, VAT on generation - P0.2402 per kWh; subsidy rates - P0.0210 per kWh; and VAT on transmission of residential customers - P0.0055 per kWh.

The overall rate increased despite the price reduction of P0.0364 per kWh in the PSA from KSPC and transmission rate of residential customers which dropped by P0.0391 per kWh, it added.

Unlike Noneco and Noceco, the Central Negros Electric Cooperative (Ceneco) reported a drop of almost P1.52 per kWh in its power rate for June.

The power distribution utility caters to consumers in cities of Bacolod, Bago, Talisay and Silay, and towns of Murcia and Don Salvador Benedicto.

"The decrease can be attributed to the reduction in generation, transmission, systems loss and other charges such as lifeline and senior citizens discount, Generation Rate Adjustment Mechanism (Gram), Incremental Currency Exchange Rate Adjustment (Icera) adjustment and value-added tax (VAT)," it said.

The advisory further said that the pass through charges equivalent to P8.3563 per kWh of the total power rate include generation and transmission charges, Energy Regulatory Commission (ERC)-approved adjustments, government subsidies and taxes.

Only P1.1866 per kWh of the power rates goes to Ceneco through Distribution, Supply, Metering (DSM) charges and Reinvestment Fund for Sustainable Capital Expenditures (RFSC) for its administrative and operational services.

Since 2010, Ceneco's DSM and RFSC rate has not increased, it added.