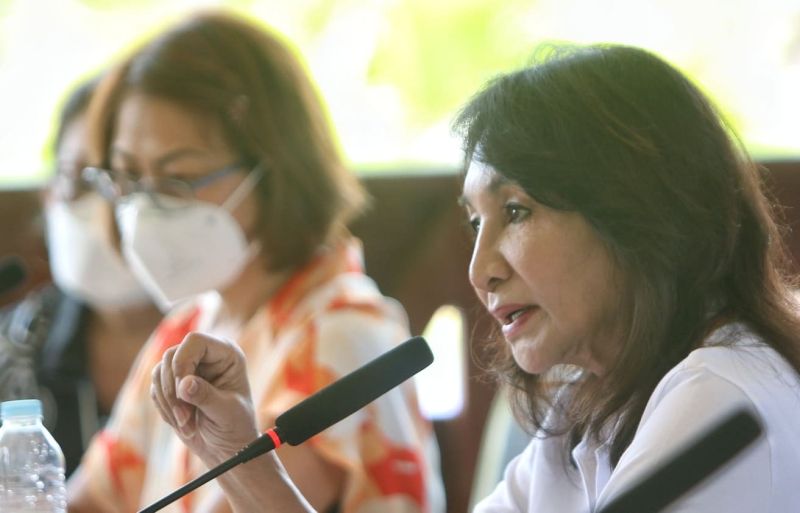 CEBU Gov. Gwendolyn Garcia has “set aside” on Tuesday, June 21, 2021 the Executive Order 23 she had issued a day earlier to remind government agencies that they may face complaints if they disobey the provincial ordinance on the testing and quarantine policy for returning Filipinos arriving at the Cebu airport.

This came after announcements made separately earlier in the day by the Bureau of Quarantine (BOQ) in Central Visayas and other parties involved that they would now be following the Inter-Agency Task Force (IATF) for the Management of Emerging Infectious Diseases’ arrival policy for returning overseas Filipinos (ROFs) and overseas Filipino workers (OFWs).

Garcia said the swabbing of ROFs and OFWs on arrival at the Mactan-Cebu International Airport (MCIA) still continues.

BOQ 7 chief Dr. Terence Anthony Bermejo said ROFs and OFWs who test negative during the swab on arrival will now continue with their quarantine at their designated hotel while waiting for another swab test on the seventh day.

If they test negative on the Day 7 test, they will then continue with their quarantine in the hotel until they finish the 10 days required facility-based quarantine period of the IATF, after which they will spend the succeeding four days of quarantine in their local government units (LGUs).

The President warned the judiciary that he will not obey any order to stop the implementation of IATF arrival protocols in Cebu, and he will leave the fate of the governor— who had insisted on enforcing a provincial ordinance on Cebu’s testing and quarantine policy for OFWs and ROFs—to the Department of the Interior and Local Government.

Garcia announced her decision on Facebook Live on the page of the Capitol-run Sugbo News while she was in Bantayan Island, spearheading an outreach activity.

In so doing, even as I set aside EO No. 23, we shall continue with the swab-upon-arrival policy. We have found that doing this gives us better control at those that arrive and already testing positive. This shall continue at no cost to the arriving OFWs and ROFs.

Garcia is set to meet Health Secretary Francisco Duque III and the technical experts of the IATF at the Capitol Building on Monday, June 28.

The governor said the Provincial Government will “continue to keep an open mind” and “listen to technical experts.”

“We hope that Secretary Duque and these technical experts will keep an open mind to come to Cebu and observe what is happening in Cebu, to listen as well to the science and experience and actual ground reality that we shall present,” she said.

A lawyer by profession, Duterte said he respects the judiciary and assures that he will follow any court orders, but not during a national emergency such as the Covid-19 pandemic.

The President was reacting to the petition filed on Monday by two lawyers who asked the Cebu Regional Trial Court to stop the IATF from implementing in Cebu IATF’s Resolution 114, which lays down the arrival protocols for international passengers amid the Covid-19 pandemic.

The petition sought to declare the IATF resolution “ineffective” in Cebu Province. It was filed by lawyers Clarence Paul Oaminal and Valentino Bacalso Jr. through Benjamin Cabrido Jr.

Duterte said a provincial ordinance cannot take precedence over a national policy. Proclamation 922, which Duterte issued on March 8, 2020, declared a state of public health emergency throughout the Philippines due to the Covid-19 pandemic. An ordinance of a local government unit cannot be more...cannot be higher than a national policy. The policies that we are dishing out are guided by the proclamation and they are the laws (of the land). Because of the emergency, this is how we do it.

The proclamation enjoins all LGUs to render full assistance and cooperation, authorizes the Health Secretary to call upon the police to provide assistance in addressing the Covid-19 threat, and urges all citizens to “act within the bounds of the law and to comply with the lawful directives and advisories to be issued by appropriate government agencies” to prevent Covid-19 transmission and “ensure the safety and well-being of all.”

“The courts are put to notice that what we have here is a national emergency. That’s why we came up with a proclamation declaring this pandemic is of national interest,” Duterte said.

He said he will not obey any injunction that a court will issue to stop the implementation of the IATF protocols. The IATF is the government’s policy-making body for Covid-19 response.

Duterte said the issue is “not a question of justice and equity.”

“This is a question of survival of the nation,” the President added.

This was the first time that Duterte directly addressed the conflict since the Office of the Executive Secretary, on his instructions, issued a memorandum diverting the international flights bound for MCIA to the Ninoy Aquino International Airport (NAIA) in a bid to force the Cebu Provincial Government to comply with the IATF protocols.

The flights were diverted to NAIA on May 29 to June 5, with an extension until June 12.

Duque said the President’s statement will assuage the fears of the implementing units in Cebu that they will be haled to court if they don’t follow the Cebu protocols.

Earlier Monday, Garcia had issued EO 23 reminding the implementing units that Provincial Ordinance 2021-04 is “an existing and valid law” and “non-compliance...will merit the filing of criminal and administrative cases against violators.” This was directed at the Department of Health (DOH), Bureau of Quarantine, Department of Tourism, Philippine National Police, MCIA and other agencies.

The executive order was issued two days after DOH officials directed the regional directors of these government agencies to enforce the IATF protocols.

Since March 31, 2021, Cebu had been implementing a swab on arrival policy based on Garcia’s EO 17, which differs from the IATF policy stated under IATF Resolution 114.

Under EO 17, which was strengthened by Provincial Ordinance 2021-04 on May 10, ROFs and OFWs are swabbed upon arrival for a reverse transcription polymerase chain reaction (RT-PCR) test for Sars-CoV-2. They are to stay in a hotel quarantine while waiting for the test result and are released, if the test is negative, after a maximum of three days.

A memorandum that Garcia issued on May 13 specified the arrival protocols for transiting OFWs and ROFs, and reiterated the testing and quarantine policies under EO 17 and Provincial Ordinance 2021-04 for Cebu residents.

Another memorandum on May 20 amended the May 13 memorandum to require OFWs and ROFs to be swabbed twice, upon arrival and on the seventh day.

If their swab test upon arrival yields a negative result, they will be allowed to proceed to their destinations. Their LGU will conduct the second swab test on the seventh day.

Those who are Cebu residents will be required to undergo facility or home quarantine for the remainder of a 14-day period from arrival.

Garcia, together with Secretary Michael Dino of the Office of the Presidential Assistant for the Visayas (Opav), met Duterte in Malacañang on May 31 to defend Cebu’s protocols and emphasize that she had merely innovated on the IATF policy to make it more humane and reduce the financial burden on arriving Filipinos.

The testing and quarantine expenses of OFWs are shouldered by the Overseas Workers Welfare Administration. ROFs, on the other hand, have to fend for themselves.

Duterte said he had told Garcia during their meeting that he saw the wisdom in her view.

But the government and the medical community “simply do not agree with her,” Duterte said. “I leave the fate of Governor Garcia with the DILG...to compel obedience, not because we want to be ‘mas marunong,’ but remember, I said that all our decisions are based on what medical people say.”

As a regional office of a national agency under the Executive Department, the DOH 7 is bound to follow the IATF protocols, said DOH 7 Director Jaime Bernadas.

However, Bernadas said his office is seeking win-win solutions so that the DOH 7 could work with the Cebu Provincial Government while still abiding by the mandate of the President and the IATF.

MCIA general manager Glenn Napuli said they will follow the IATF protocols on swabbing as they are bound to adhere to the guidelines set by the IATF.

He expressed gratitude to Garcia and the Provincial Board for taking good care of the Cebuanos and hoped that the June 28 dialogue between the Province of Cebu and the IATF would produce a compromise so a balance between “public health, economic welfare and humanitarian considerations for the greater good of all parties involved” could be achieved.

Dino requested the DOH 7 to continue, still at no cost to the arriving international passengers, the test-upon-arrival protocol that Cebu has been practicing since last year, since it had detected Covid-19 cases. (ANV, MVI, WBS, JOB, AYB / SunStar Philippines)
< Previous PageNext Page >