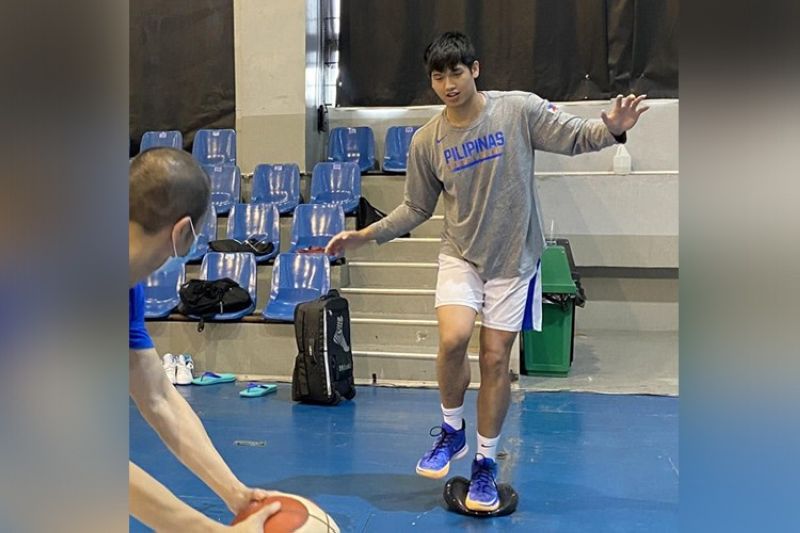 Cebuano forward Carl Tamayo is recovering well from the ankle sprain that he suffered and is seen here working with the Gilas’ trainer, Dexter Aseron.(SBP)

Cebuano forward Carl Tamayo is recovering well from the ankle sprain that he suffered in the FIBA Asia Cup qualifiers and is on track to be part of the Gilas Pilipinas team that will compete in the Olympic Qualifying Tournament in Belgrade, Serbia on June 30.

Tamayo, who hails from Talisay City, actually participated in the several drills during the team’s practice session at the Angeles University Foundation, which is a great sign especially after he sprained his ankle during their game versus Indonesia last Friday.

The 6-foot-7 forward was a revelation during the qualifiers, especially in the Gilas’ first meeting with Korea last week. In that game, he scored 10 points in just 10 minutes, including two clutch baskets in the final period. He was also sizzling against Indonesia, having drained two straight three-pointers in the fourth canto before stepping on the foot of Arki Wisnu with 7:47 left in the game.

The 20-year-old sat out the rest of the game as well as the second meeting versus South Korea on Sunday. However, Gilas trainer Dexter Aseron said to Tiebreaker Times that Tamayo’s ankle is improving well.

“His ankle has improved since he injured it against Indonesia We’re working on strengthening it, and he was able to jog and shoot earlier in practice,” shared Aseron.

Tamayo will be part of the Gilas delegation that will leave for Serbia on Friday. (JNP)