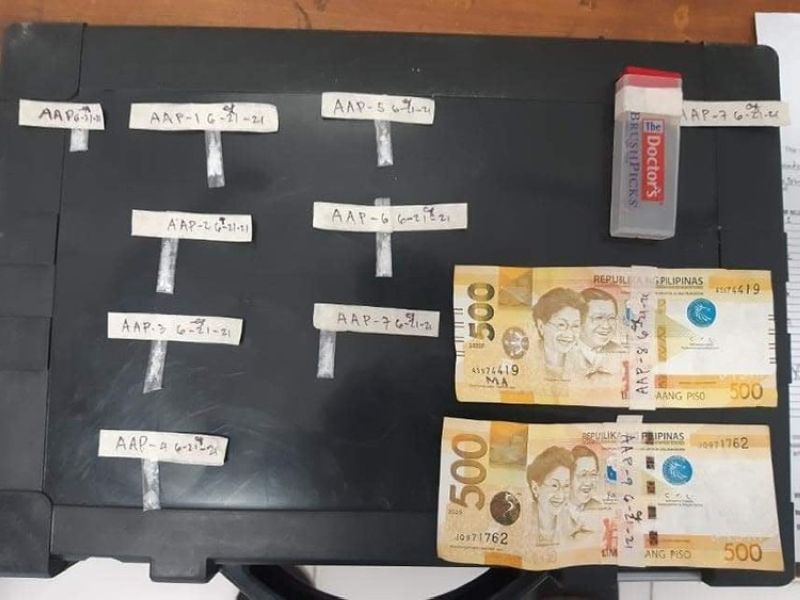 A MUNICIPAL councilor and six other suspects were arrested in separate anti-drug operations in Eastern Visayas towns from June 21 to 22, 2021.

Almar Balais, a councilor of San Miguel town in Leyte, was arrested after he allegedly sold a sachet believed to be containing shabu to an undercover operative in Tacloban City on June 21.

The estimated worth of confiscated pieces of drug evidence was P40,800, police said in the report.

In Dulag, Leyte, the suspects were identified as Albert Tupaz, who has been listed as street-level individual, and Benjamin Raarag, a newly identified drug personality.

They were arrested on June 22 after Tupaz allegedly sold a sachet believed to be containing shabu worth P1,000.

Confiscated from Raarag were two sachets of shabu.

In Calbayog City, police rounded a fish vendor, Abundio Pamad, for allegedly selling a sachet of shabu worth P500 to an undercover operative on June 21.

Also recovered from the suspect’s possession were seven sachets believed to be containing shabu, buy-bust money, and P500 cash.

Tacloban police, in coordination with the Philippine Drug Enforcement Agency (PDEA), also nabbed two suspected drug personalities in Tacloban. They were identified as Marlito Fian, a barangay councilor, and an 18-year-old student.

Operatives bought from them two pieces of shabu worth P20,000.

A watchlisted personality, Michael Mergildo, was arrested in Almeria, Biliran after he allegedly sold a sachet of shabu worth P500 on June 21.

Police and anti-drug agents also seized from the suspect’s possession and control two sachets believed to be containing shabu.

The alleged drug evidence has an estimated weight of more or less one gram and with estimated street value of P6,800, according to the information released by the Police Regional Office.