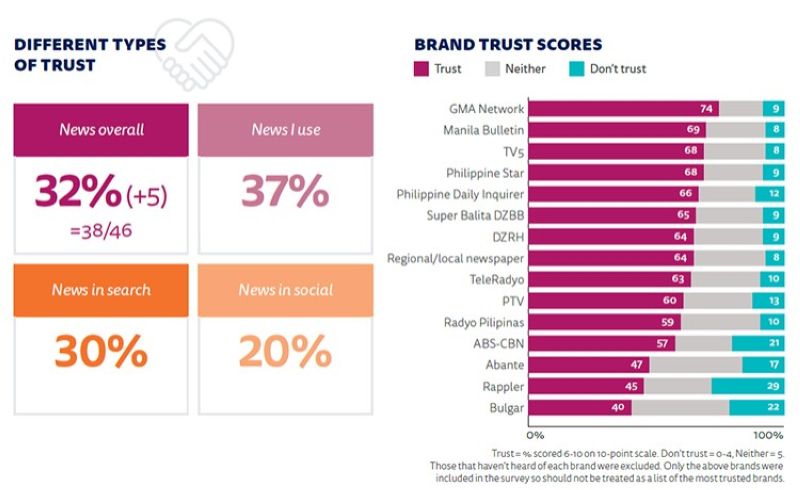 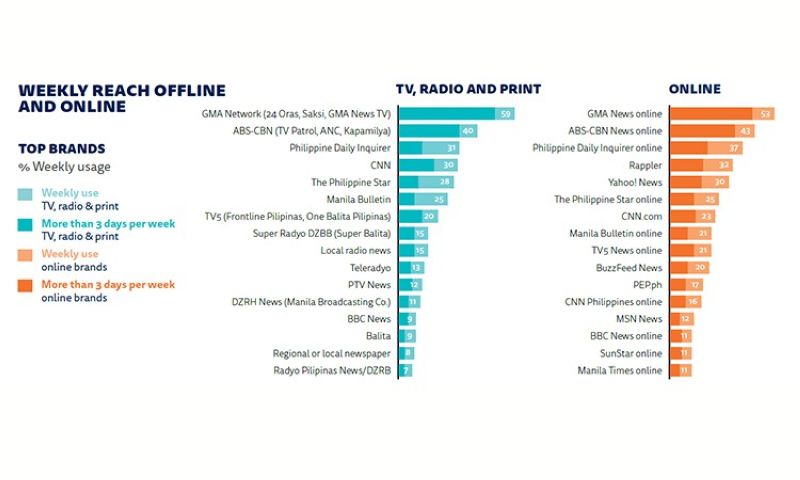 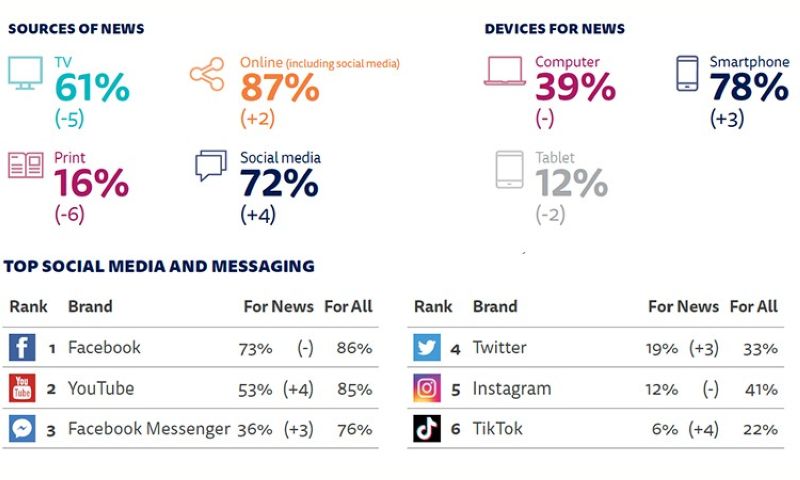 THE Covid-19 health crisis has spurred an increased overall trust in news among Filipinos but has led to waning interest in news products.

The pandemic has also hiked concern over online misinformation, especially from the government and politicians.

These are among the key findings of the 10th edition of Digital News Report (DNR 2021) released Wednesday, June 23, by the Reuters Institute for the Study of Journalism. First launched in 2012, DNR has become the most comprehensive global analysis of news consumption trends.

This year's report is based on an online poll of 92,000 people in 46 media markets, representing the views of more than half the world's population.

A total of 2,209 Filipino internet users ages 18 and above participated in the survey conducted in late January to early February by the international market research agency YouGov Plc.

DNR 2021 shows the proportion of Filipinos who say they trust "most news most of the time" rising to 32 percent from 27 percent from a year ago. In contrast, trust in news from social media has fallen from 22 percent to 20 percent.

Trust in media brands, led by GMA News, has remained generally stable except for the beleaguered ABS-CBN and Rappler (each shedding 4 points in their trust scores) and the tabloids Abante and Bulgar (each losing 3 points).

Threatened repeatedly with closure by President Rodrigo Duterte, ABS-CBN shuttered its free-to-air stations after its franchise to operate expired in May last year and the House of Representatives refused to renew it in July. Rappler, which Duterte has also attacked, is battling a raft of lawsuits, from tax evasion to cyber libel.

Overall trust in the news in the Philippines, however, still remains below this year's global average of 44 percent. The country ranks sixth to the last among the media markets polled.

Despite the still turbulent times, Filipinos have shown less interest in the news.

The share of Filipinos "very" and "extremely" interested in it has declined from 69 percent to 65 percent, matched by a drop in the proportion that accesses the news at least once a day, from 86 percent to 81 percent. The loss of interest cuts across all ages, except in the 18-24 group, and is most felt among Filipinos with a university education.

The Philippines, however, defies the trend in many countries that has seen TV viewing surge as lockdowns grounded people at home.

On the whole, TV usage has slipped 5 points to 61 percent. In particular, ABS-CBN's weekly reach has tumbled 21 points to 41 percent and local television's reach 6 points to now just 7 percent. GMA Network, the country's top and most profitable media brand following ABS-CBN's closure, has meanwhile widened its reach by 6 points to 59 percent.

Online news consumption continues to expand, growing from 85 percent last year to 87 percent this year. Social media as a source of news have gone up 4 points to 72 percent in this year's survey, with TikTok even becoming a destination for news among Filipinos (6 percent) alongside Facebook (73 percent), YouTube (53 percent), Facebook Messenger (36 percent) and Twitter (19 percent).

The good news is, mainstream news brands and journalists attract most attention around news in Facebook, Twitter, YouTube and Snapchat although they are still no match for celebrities in Instagram and influencers in Tiktok.

Across countries, concern about misinformation remains high with 58 percent of the global sample expressing concern about what is true or false on the internet when it comes to news. The figure for the Philippines is slightly higher at 59 percent, up from 57 percent the previous year.

More Filipinos say they have seen false or misleading information on the coronavirus (63 percent) than other topics such as politics (57 percent) and celebrities (48 percent). The percentage of Filipinos who have come across misinformation about celebrities is higher than the global average of 29 percent.

Likewise, more Filipinos have expressed concern over government and politicians being the sources of misinformation on the coronavirus (34 percent) than other sources, including ordinary people (19 percent), journalists (11 percent), activists and foreign governments (each 10 percent).

Facebook remains the key platform for online misinformation, according to half of Filipino respondents, far higher than the 28 percent global average.

Amid questions about the fairness of mainstream media, more than half of Filipinos feel that mainstream media have represented their age, gender, social and economic class, ethnicity and their community fairly. However, less than half (45 percent) believe their political views are covered fairly.

And amid growing polarization in the country, two in three Filipinos prefer news outlets to stay neutral on every issue, seven in 10 want them to reflect a range of views and let people decide what to think, and three in four say they ought to give equal time to all sides.

(Yvonne T. Chua is an associate professor of journalism at the University of the Philippines. She wrote the profile on the Philippines for the Digital News Report 2021.)