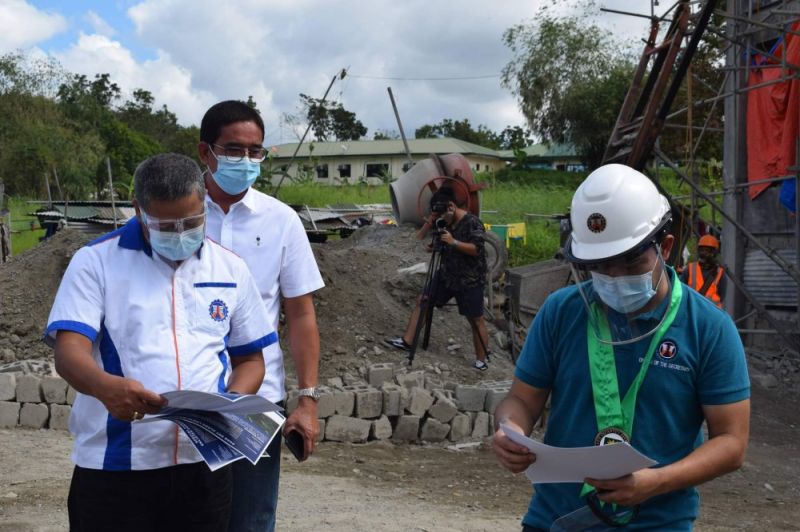 THE Department of Public Works and Highways (DPWH)-Central Luzon bested other regions in the performance of absorptive capacity for the month of May.

This was relayed by DPWH Senior Undersecretary Rafael Yabut during his meeting with officials of different DPWH offices in Central Luzon on June 22 in Subic, Zambales.

In his message, Yabut congratulated DPWH-Central Luzon, led by Director Roseller Tolentino, for successfully achieving the Absorptive Capacity and Disbursement Rate targets for May 2021.

"DPWH-3 ranked first nationwide in absorptive capacity for the month of May of this current year, a reflection that all projects were efficiently implemented in accordance with proper financial utilization," Yabut said.

The absorptive capacity performance is determined through total obligation divided by total allotment of the district allocated budget for infrastructure for the current year.

It is measured by the ability to obligate the allotment received from DPWH central office and Department of Budget and Management (DBM).

Tolentino, for his part, expressed gratitude to Yabut for his support and guidance in ensuring that all the region’s project-related concerns are immediately resolved.

He also urged district engineers in the region to boost their performance to maintain the top performer status.

“I would like to encourage our District Engineers to work and push harder to sustain our status as a top performer for absorptive capacity and disbursement rate. We know it was not easy, but we it can be done,” he said.

Yabut also rallied all District Engineering Offices (DEOs )to do their best in all aspects of project implementation since the overall accomplishments of Central Luzon largely depends on their performance.

He also lauded the DEOs for the completion of various vital infrastructure projects in Central Luzon that are now being enjoyed by intended end users.

It could be remembered that DPWH Secretary Mark Villar has visited several provinces in the region in the past months for the inauguration and turnover of completed projects undertaken by the DEOs in the region.

“The Secretary and I have seen the quality of bypass and diversion roads and building projects funded under the General Appropriations Act and convergence programs with our partner agencies,” Yabut said.

Among the recently inaugurated projects in the region are military facilities implemented with the Department of National Defense in Fort Magsaysay, Camp O'Donell and Camp Olivas, high impact projects such as Pulilan-Baliuag Diversion Road and the Ciudad de Victoria Interchange.