Gilas plays to a draw vs China in tune-up game 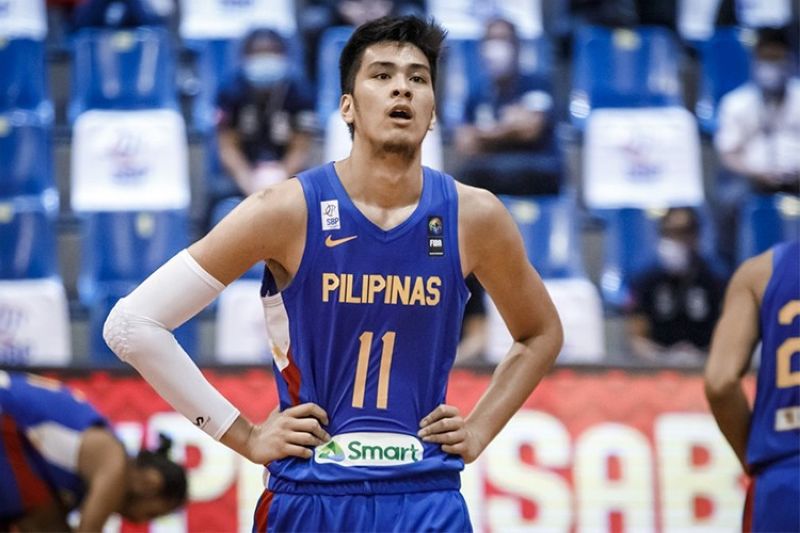 PAMPANGA. Kai Sotto led the Gilas in scoring against China with 13 points. (FIBA)

THE Gilas Pilipinas had victory snatched from their grasp as China mounted a furious comeback in the final minute to force a 79-all draw in a tune-up game on Wednesday evening, June 23, at the Angeles University Foundation gym in Pampanga.

The Gilas appeared to have the win in the bag as they led, 78-71, after a basket by Justine Baltazar with just 1:07 to go. However, China -- the longtime Asian basketball powerhouse -- persevered and pulled to within three, 76-79.

Gilas’ troubles did not end as they committed a turnover that led to Geo Chiu committing a foul to send the Chinese to the charity stripe, where they made the first but missed the second. However, a Chinese cager was able to grab the offensive rebound and put it back in before the final buzzer to tie the game up at 79-all.

Teams do not typically play overtime periods in tune-up contests.

The Gilas’ 7-foot-3 center Kai Sotto led the team in scoring with 13 points while naturalized player Angelo Kouame and Jordan Heading had 12 markers each. RJ Abarrientos added nine, while Baltazar chipped in eight. The team missed the services of top player Dwight Ramos and Cebuano forward Carl Tamayo, both of whom are nursing injuries.

Despite the draw, the game will surely give the Gilas a boost in morale as they head to Belgrade on Thursday to compete in the Olympic Qualifying Tournament. The team takes on powerhouse Serbia on July 1 and then, the Dominican Republic the day after. (JNP)