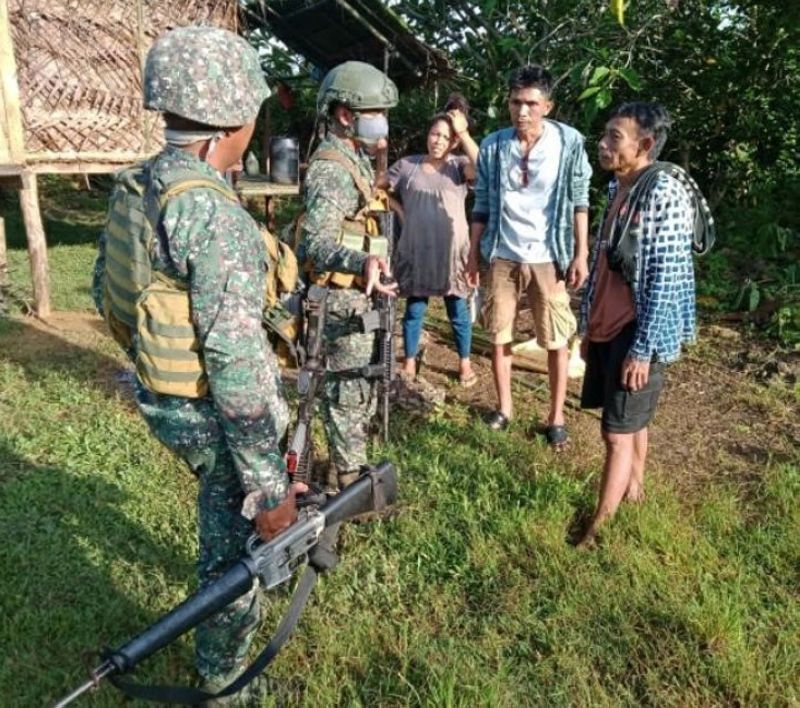 ZAMBOANGA. Another resident surrenders a high-powered firearm on Monday, June 21, as the campaign of the Joint Task Force (JTF)-Tawi-Tawi against the proliferation of loose firearms continue to gain headway. A photo handout shows Marine troops talking to residents during the conduct of a peace forum in Sitio Kubang, Mandulan village, Bongao. (SunStar Zamboanga)

THE number of unlicensed guns the Joint Task Force (JTF)-Tawi-Tawi have recovered increased to 42, as the government's campaign against the proliferation of loose firearms continue to gain headway, a top military official said Wednesday, June 23.

Rojas said the troops, together with the village officials of Mandulan, were conducting peace forum when Sahabi turned over his rifle.

"The campaign against illegal firearms, weapons, and ammunition is one of our major programs to ensure the sustainable peace here in Tawi-Tawi," Rojas said.

"We attribute this accomplishment to the cooperation of the local government units and the peace-loving people of Tawi-Tawi who sincerely support us in all our endeavors," Rojas added.

Since January 2021, the JTF Tawi-Tawi recovered 42 loose firearms in the province, 27 of which are high-powered and 15 are low-powered.

"The armed forces continue to employ peaceful mechanisms to end hostilities in the communities by pacifying warring clans and encouraging the people to yield their loose firearms in adherence to the law," said Lieutenant General Corleto Vinluan Jr., commander of the Western Mindanao Command. (SunStar Zamboanga)