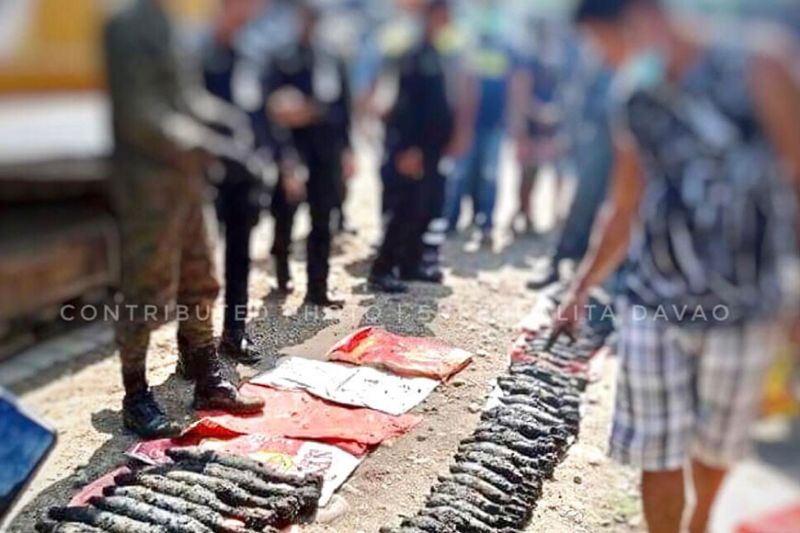 A TOTAL of 78 explosive devices were discovered Wednesday, June 23, 2021, just a kilometer away from Task Force (TF) Davao Checkpoint in Calinan, Davao City.

Some of the explosive devices were unearthed by a backhoe operator of JV Angeles while laying water pipes for the Apo Agua project in Purok 4 in Barangay Lacson.

After noticing something unusual in the area, the backhoe operator immediately checked the objects and informed TF-Davao.

Discovered in the area are 14 pieces of 81 mm and four pieces of elimination, while in a portion of Abayon Village, still in Calinan, 45 pieces of 81mm and 15 pieces of elumination were also unearthed.

According to the Explosive Ordnance Disposal (EOD) team of the Davao City Police Office (DCPO), the recently discovered objects are still active and can explode anytime.

While the EOD-DCPO is handling the explosives for proper disposition, the team is also investigating how and why the explosives were buried in the area.