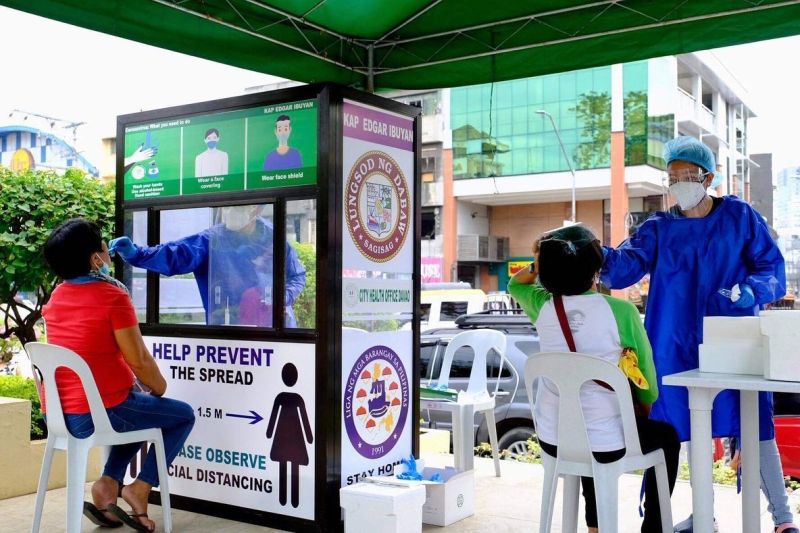 AN OFFICIAL from the Davao City Health Office (CHO) revealed that the city's health cluster is studying the recommendation of lifting the expanded contact tracing for second (F2) and third generation (F3).

CHO Acting Head Dr. Ashley Lopez said in a radio interview on Wednesday, June 23, that this was one of the agenda in an emergency meeting.

This was in response to some of the public's clamor, including some medical experts, who raised their concerns with the city's expanded contact tracing and swabbing in relation to the overwhelming influx of individuals at the city's swabbing center.

He declined to further elaborate what was discussed during the meeting as they have yet to publish a summary report on the city's expanded swabbing.

"Nagpahimo pa ko og report ana (We are already making a report on this), and we're going to make an analysis whether these activities are significant or not. Kung naa ta'y makita nga (If there is) proof or ebidensya nga ang atong ginabuhat nga (evidence that our) initiative are not significant enough, then we might probably make some recommendations to the Covid-19 Task Force to make some amendments," Lopez said in an interview on 87.5 FM Davao City Disaster Radio.

He added the City will publicize their report once it is done.

The health official said the City will still implement Executive Order (EO) 18 and 20.

EO 20 mandates the heightened surveillance and response of Covid-19 in Davao City by expanding its testing and contact tracing capabilities to manage the Covid-19 situation in the city. Under the EO, the city will test and monitor those with influenza-like illness (ILI).

The health response clusters were also ordered to make a regular schedule of surveillance swabbing in high-risk areas like business and commercial establishments, public places and government offices.

Another is EO 20, which makes the mandatory testing of F1, F2 and F3 contacts.

The 19th City Council passed on second reading the ordinance mandating swab testing to all F1 (first generation), F2, and F3 contacts of a confirmed Covid-19 positive individual in the city.

Councilor Mabel Sunga Acosta, ordinance proponent, said the item was based on the discussion during the Davao City Covid-19 Task Force meeting where it was observed that the city's contact tracing team faced difficulty of getting accurate information from persons positive with the virus.

This had led to the Task Force requesting the City Council to craft an ordinance penalizing persons who refuse to follow the mandatory swab testing and those identified close contacts who do not provide accurate and complete information when contact traced.

During the plenary discussion, Councilor Alberto Ungab raised the necessity to expand the contact tracing to F2 and F3.

Ungab emphasized that if an F1 tested negative, those they made contact with are also expected to test negative.

Covid-19 Task Force spokesperson Dr. Michelle Schlosser admitted there is still no concrete study on this matter, which is why there is a need for all contacts to be swabbed.

She said this is based on a Department of Health memorandum.

"When an F1 once tested negative, that doesn't necessarily mean that they are actually negative. The RT-PCR test is very specific for Covid[-19]. However, it is not sensitive. Therefore, even if you tested negative on the test, you can still harbor the virus, and might be a silent spreader," Schlosser said.

Lopez, meanwhile, admitted that the expanded contact tracing is not included in the Inter-Agency Task Force for the Management of Emerging Infectious Diseases omnibus guidelines.

While this was recommended by the World Health Organization, the city based this concept in a study conducted by Baguio City Mayor Benjamin Magalong, the country's contact tracing czar.