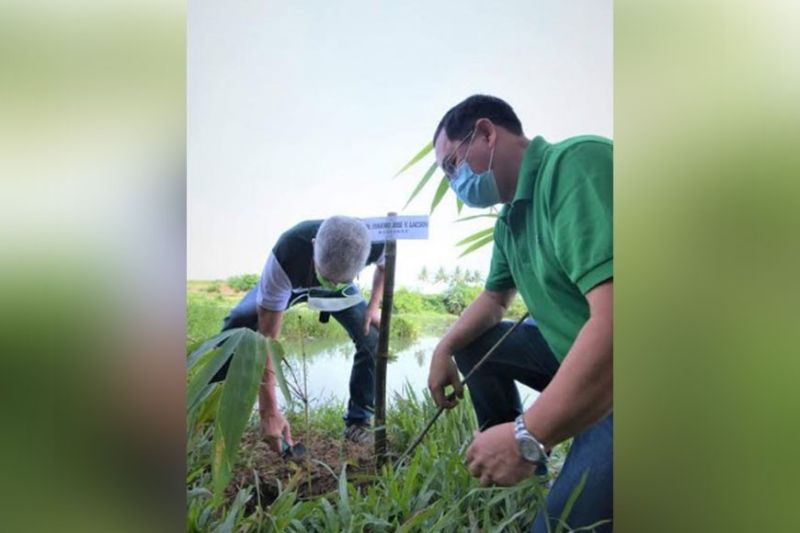 RECOGNIZING its contribution to the protection and conservation of the environment, the Provincial Government of Negros Occidental is pushing for planting more bamboos in the province.

Governor Eugenio Jose Lacson, who led the ceremonial bamboo planting activity at Malogo Watershed in Victorias City yesterday, said planting bamboos is one of the effective ways to save the planet.

Lacson underscored that bamboos have an amazing growth rate, grow in various conditions, absorb greenhouse gasses, need no fertilizer, and are versatile as a substitute for hardwoods thus, reducing their usage thereby protecting the forest left.

"Let us put to mind that with this activity, we are not just going through the motions of planting because it's Arbor Day, we are promoting the emergence of the uses of bamboo which have not been widely known before," he added.

The ceremonial mangrove planting is part of the province's commitment to further increase access to resilient water supply, improve water resource management and strengthen water sector governance in the province.

The activity, which is also in connection with the Provincial Environment Month celebration, aims to raise the awareness of stakeholders and local communities in working towards a water-secured future.

Also, it seeks to intensify forest protection and conservation in the province.

Lacson said he hopes that the activity will again remind Negrenses that without serious and committed intervention, the decline of the state of the environment including that of our water security will continue to persist and inevitably worsen.

"There is no better time to start and re-start saving our environment than now," he added.