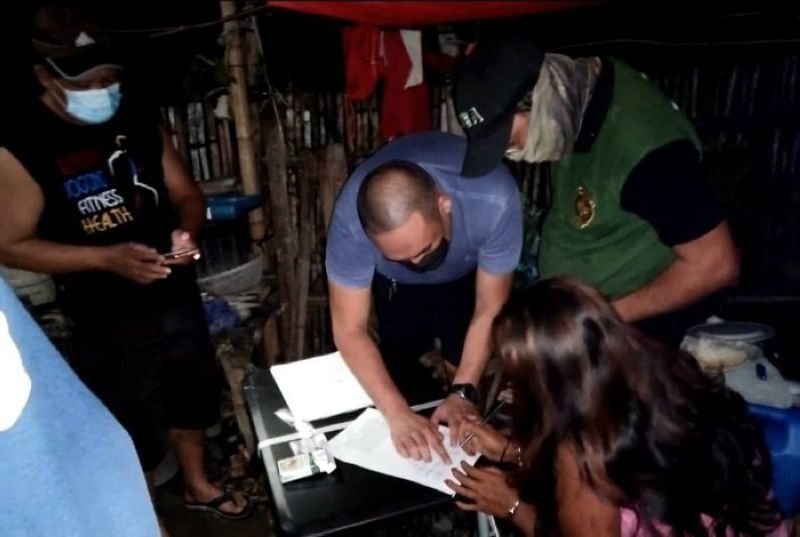 A FEMALE drug personality was arrested in a buy-bust operation in San Juan, Barangay 5m San Carlos City on June 22.

Seized from the suspect were plastic sachets of suspected shabu weighing 10 grams with an estimated street value of P68,000, cigarette packs, and buy-bust money.

Cases for violation of Sections 5 and 11, Art II of Republic Act 9165 or the Comprehensive Dangerous Drugs Act of 2002 are now being prepared for filing in court against the suspect.