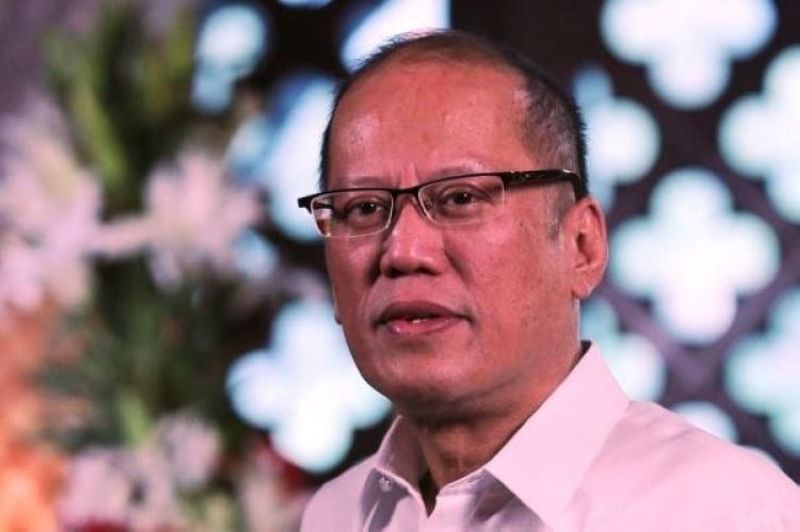 A relative told reporters that the former President was undergoing dialysis when he had a heart attack.

His siblings, including youngest sister Kris Aquino, arrived at the Capitol Medical before 10 a.m. Thursday.

Others who went to the hospital are Liberal Party stalwarts Senator Francis Pangilinan and former senator Manuel Roxas II.

Abigail Valte, former deputy presidential spokesperson of Aquino, arrived at the Capitol Medical shortly before noon Thursday. She declined to give a statement, saying the family will issue one later.

At 12:39 p.m., an ambulance with a mini Philipine flag left the Capitol Medical Center. It was believed to be transporting the remains of Aquino to the Heritage Park in Taguig City.

Aquino was the only son and third child of the late former senator Benigno "Ninoy" Aquino Jr., whose assassination in 1983 sparked a political upheaval that culminated in the ouster of dictator Ferdinand Marcos, and the late President Corazon "Cory" C. Aquino, who was installed as President during the 1986 People Power Revolution.

In August 1987, he was shot and seriously wounded during a fierce gunfight that erupted in Malacañang as rebel soldiers mounted a coup d' etat against his mother. Three of his bodyguards were killed.

He placed sixth in the May 2007 senatorial elections, earning a six-year mandate as senator. He served in the Senate from 2007 to 2010.

An economist, having earned an AB Economics degree from the Ateneo de Manila University in 1981, Aquino's priority bills at the House of Representatives included included the grant of annual productivity incentives to all workers in the private sector; strengthening the regulatory power of the Department of Trade and Industry to effectively enforce consumer laws; increasing the penalties for non-compliance of the prescribed increases and adjustments in the wage rates of workers.

At the Senate, he pursued his measure granting an annual productivity incentive to all workers in the private sector, establishing mechanisms for its implementation, and authored a bill increasing the penalties for non-compliance of the prescribed increases and adjustments in the wage rates of workers to amend Republic Act No. 6727, among others.

Aquino was catapulted to the presidency after his mother passed away. Born on February 8, 1960, Aquino was 50 years old when he was inaugurated as President.

It was during his administration that the Philippines took on and won against China over the South China Sea dispute. On July 12, 2016, the Permanent Court of Arbitration in The Hague unanimously rejected China’s nine-dash claims in the South China Sea and ruled that certain areas of the Spratly Islands are within the Philippines’ EEZ based on the United Nations Convention on the Law of the Sea (Unclos).

A year after his term ended, however, he was charged with graft and usurpation of authority before the Sandiganbayan in connection with the 2015 Mamasapano firefight that killed over 60 people, including 44 Special Action Forces men.

He was also charged with 44 counts of reckless imprudence resulting in homicide. The Supreme Court cleared him of all charges on September 3, 2019.

On December 14, 2017, he was grilled during a Senate inquiry into the Dengvaxia mess and at the House in February 2018. Graft charges were filed against him, former Health secretary Janette Garin and former Budget secretary Florencio Abad in mid-2018. (Marites Villamor-Ilano / SunStar Philippines)