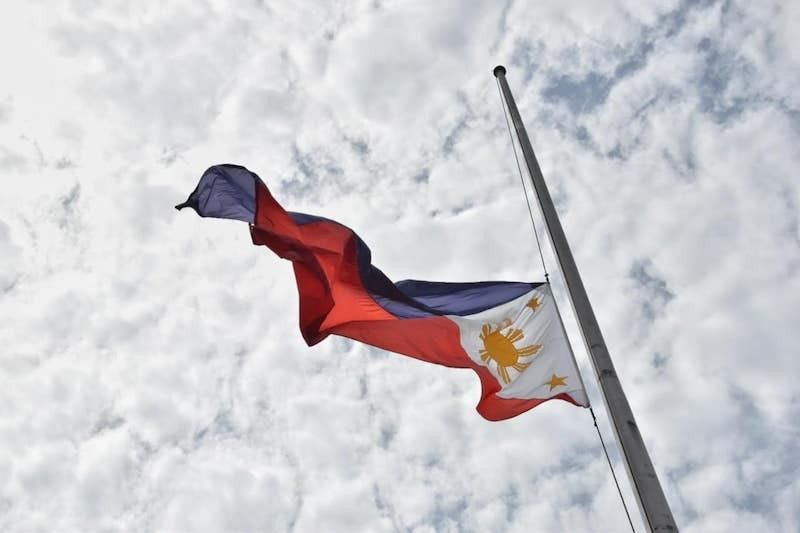 FLAGS in government facilities and schools were flown at half-staff on Thursday, June 24, 2021, as the nation mourned the passing of former President Benigno “Noynoy” S. C. Aquino III.

In Albay Province, Governor Al Francis Bichara issued an executive order to fly the flags at half-mast in all buildings and places throughout the Province for 10 days until July 4, 2021 in honor of Aquino, also known as PNoy.

In his executive order, Bichara cited Section 23 of Republic Act 8941, which states that "the flag shall be flown at half-mast as a sign of mourning on all buildings and places where it is displayed...on the day of official announcement of the death of any of the following officials: the President or a former President for 10 days."

At the House of Representatives, the flag was lowered to half-staff as Speaker Lord Allan Velasco expressed condolences to the Aquino family on behalf of the members of the House.

The late President served three consecutive terms as member of the House of Representatives representing the 2nd District of Tarlac from 1998 to 2007.

At the Senate, Senate President Vicente Sotto III said he has also ordered the lowering of the flag as a sign of mourning. Aquino served as senator from 2007 to 2010, just before he was elected as President.

In Manila City, the Manila City Public Information Office said flags in the city were also flown at half-staff.

The flags at Colegio de San Juan de Letran in Bataan and Camarines Sur Polytechnic Colleges were also lowered to half.

Aquino, known as PNoy, was the 15th President of the Philippines.

He was rushed to the Capitol Medical Center in Quezon City on Thursday morning. The Aquino family has yet to issue a statement. (Marites Villamor-Ilano / SunStar Philippines)