Consumers urged to save electricity 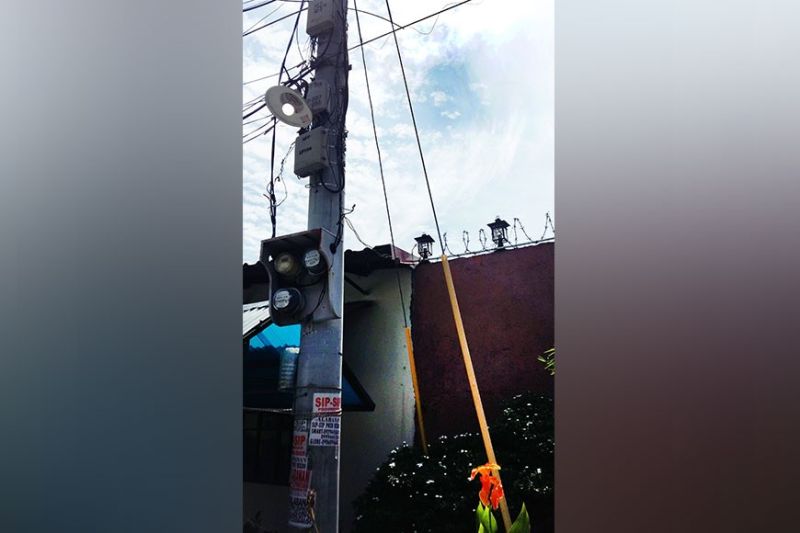 SAVE ELECTRICITY. Consumers in Pampanga and other Central Luzon utilities are urged to save electricity and turn off unused lights like this one which was still on even if it was already noontime. (JTD)

CONSUMERS served by various power distribution utilities (DUs) in Pampanga and other provinces across Central Luzon have been asked to save on electricity consumption to avoid additional charges and help in the conservation of energy amid threats of dwindling supply in the Luzon Grid.

Thousands of consumers were shocked after getting their June 2021 bills, which reflected an almost 100-percent increase and double the previous bill for some, due to a hike in the generation charge imposed by DUs, which Department of Energy officials said was a result of the shutdown or longer preventive maintenance systems being undertaken by power generation plants in Luzon.

San Fernando Electric Light and Power Company, Inc. (Sfelapco) Corporate Communications Officer Irwin Nucum said consumers in the City of San Fernando and Floridablanca town that the DU serves were charged an additional P1.18 per kilowatt-hour in June. SunStar Pampanga sources confirmed that other DUs like Pampanga Electric Cooperative 1, 2 and 3 have also charged consumers the additional amount at almost the same rate.

"There are actually some factors interplaying here, among them generation, which is primary transmission and distribution. So the shutdown of many power-generating plants affected the supply of electricity to DUs that was accompanied by the high demand for electricity as it felt like it is summer in June even as the rainy season has set in. That situation has forced many consumers to use more cooling appliances resulting in higher consumption. Added to that, it resulted in higher electricity prices per kilowatt-hour at the Wesm or Wholesale Electricity Spot Market, where the DUs buy a portion of their supply to distribute to consumers," he said.

Nucum said DUs are hoping the power rate increase will be temporary when the supply of electricity from power plants to DUs stabilizes.

"Pansamantala (temporary) as we consider it a 'pass through' until supply of electricity stabilizes. Still, we might be seeing this charge until July when we hope generation plants will be finished with their preventive maintenance," he shared.

As to the case of netizens clarifying if consumers using or being charged the minimum rate for electricity usage as they have few electrical appliances, Nucum said they do not have to worry as they will be least affected by the additional charges.

"We call them lifeliners. These are consumers who are subsidized and get discounts. They will not be affected by the increase in generation charges except, of course, if they exceed the 70-kilowatt-hour usage allowed," he said.

Save electricity, cut down on consumption

Nucum stressed that consumers play the most important role in stabilizing the supply of electricity and averting rotational brownouts or power outages.

"Let us all save electricity and cut down on power consumption by switching or turning off appliances not in use, replace incandescent or compact fluorescent bulbs with LEDs if possible, setting cooling equipment like aircon units to saving mode and avoid opening and closing refrigerators and other appliances with compressors, among others. These will help in efforts to ensure that all will have power every time," he said.