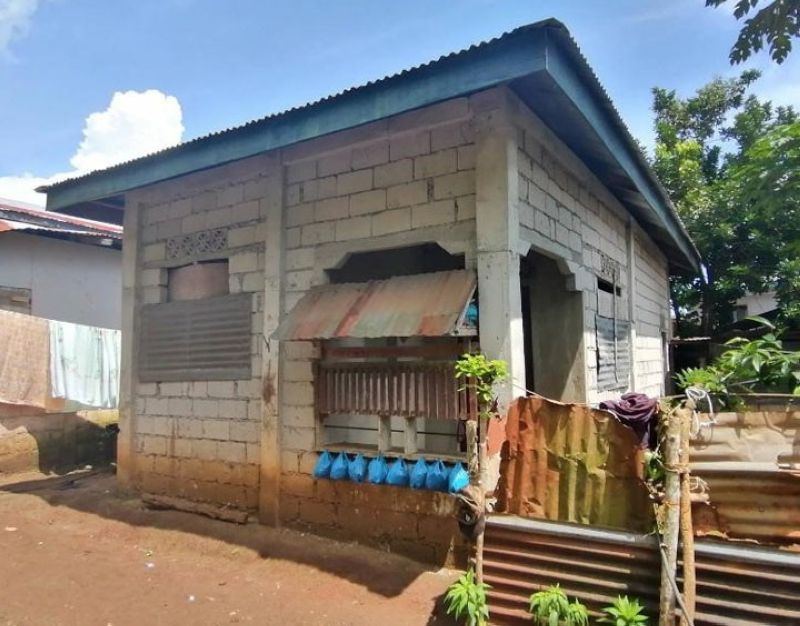 ZAMBOANGA. An Abu Sayyaf bandit died in a clash while the troops rescued the daughter of an Indonesian suicide bomber couple Wednesday, June 23, in Bangkal village, Patikul, Sulu. A photo handout shows the hideout of the slain bandit where the clash occurred. (SunStar Zamboanga)

AN ABU Sayyaf bandit was killed in a clash while the daughter of an Indonesian suicide bomber couple was rescued by the troops in the province of Sulu, the military reported Thursday.

Gonzales said the troops of the 45th Infantry Battalion (IB) and policemen were supposed to serve a warrant of arrest against Abu Sayyaf member Rudymar Habib Jihiiran alias Gulam but were fired upon triggering a firefight, which resulted in the death of a certain Sawi, a follower of Abu Sayyaf sub-leader Amah Patit.

He said the troops recovered from the hideout of Jihiiran a backpack containing bomb-making components that include an electric blasting cap, a 12-inch detonating cord, a pair of nine-volt batteries, and cellular phones.

He said the troops rescued Sitti Aisyah Rullie also known as Maryam Israni, an Indonesian who is being indoctrinated to become a suicide bomber, according to Gonzales.

He said troops are tracking down the whereabouts of Jihiiran and a companion who escaped at the height of the firefight.

Maborang said they discovered the hideout of Jihiiran when they conducted Community Support Program in Bangkal, Patikul.

Gonzales said Sitti Aisyah is the wife of Jihiiran, although she is still a minor.

“We are in the process of validating but she is estimated to be 13 years of age. Still, we in the security sector have no choice but to coordinate with concerned agencies and act on this. She is married to a full-pledged ASG (Abu Sayyaf Group), her older brother is an armed member under the Daulah Islamiyah group, and she is being groomed as a suicide bomber. There is a risk here," Gonzales said.

“With regards to her disposition, of course, we will just abide by what is prescribed by the law. We sincerely hope that she could be deracialized and have another chance at a decent life. Involving children in this kind of terroristic act is outright shameful and a clear violation of our existing laws,” he added. (SunStar Zamboanga)