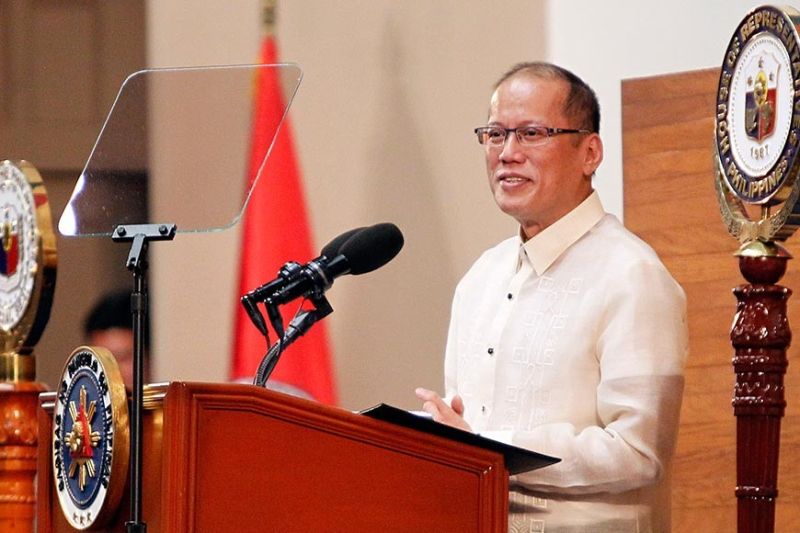 THE City Government of Davao has lowered its flags to half-mast following the passing of former president Benigno “Noynoy” Aquino III on Thursday morning, June 24, 2021. He was 61.

The Davao City government issued a statement, asking for prayers for the repose of the former president's soul.

"The City Government of Davao is one with the nation in praying for the eternal repose of the soul of former President Benigno Aquino III," the city said in a statement.

The city government also said Philippine flags in the entire Davao City shall be flown at half-mast until his burial.

"We have flown the Philippine flag half-mast in the Provincial Capitol to pay our last respects to Benigno Simeon “Noynoy” Aquino III, 15th President of the Republic of the Philippines," Uy said in his Facebook post.

The governor also remembered Aquino for his help when Typhoon Pablo struck the province, then Compostela Valley.

"We remember the former president for all his help to us, especially on our efforts to recover from the devastation of Typhoon Pablo which includes social programs and infrastructure projects," Uy said.

"Today we join the nation in mourning the demise of former President Benigno S. Aquino III. Our thoughts and prayers are with his family and loved ones, may the Good Lord console and sustain them during this difficult time," Ungab said.

Alvarez said Aquino "is probably the only Senator who didn’t aspire for the Presidency and actually meant it."

"Despite his reservations, he nonetheless answered the country’s call for him to serve. And by a twist of fate, he won," Alvarez said.

Regardless of political affiliation, the former speaker said, "we can all agree that what he did was selfless and courageous."

Alvarez admitted that he did not agree with Aquino's decisions when he was in office, but he believed that the latter did what's best for the country.

"President Aquino III, as with the other Presidents who came before him, did his best to make this country better. The results have been mixed, as history and experience would show. But this should not discourage us," he said.

Go said he and President Rodrigo Duterte have high respect for the late president.

The senator recalled his close encounter when Duterte supported Aquino’s presidential candidacy during the latter’s campaign in the city.

(We have been together on many occasions, especially during his presidential candidacy in 2010 and we were able to see his true love for his fellow Filipino. Thank you for your service to the nation.)

His siblings, including youngest sister Kris Aquino, arrived at the Capitol Medical before 10 a.m. Thursday.

Others who went to the hospital are Liberal Party stalwarts Senator Francis Pangilinan and former senator Manuel Roxas II.

At 12:39 p.m., an ambulance with a mini Philippine flag left the Capitol Medical Center. It was believed to be transporting the remains of Aquino to the Heritage Park in Taguig City.

“It is with profound grief that on behalf of our family, I am confirming that our brother Benigno ‘Noynoy’ C. Aquino III, died peacefully in his crib,” Pinky Aquino-Abellada, sister of the late former president Benigno Aquino III, said. She read the family’s statement with her other siblings beside her -- Kris Aquino, Victoria Elisa Aquino-Dee, and Ballsy Aquino-Cruz.

Aquino-Abellada said the death certificate pronounced the former president’s death at 6:30 a.m. of June 24, 2021, due to renal disease secondary to diabetes.

“No words can express how broken our hearts are and how long it will take for us to accept the reality that he is gone. Mission accomplished ka, Noy. Be happy now with dad and mom. We love you and we are so blessed to have had the privilege to have had you as our brother. We will miss you forever, Noy,” she said.

Aquino was the only son and third child of the late former senator Benigno "Ninoy" Aquino Jr., whose assassination in 1983 sparked a political upheaval that culminated in the ouster of dictator Ferdinand Marcos, and the late President Corazon "Cory" C. Aquino, who was installed as President during the 1986 People Power Revolution.

In August 1987, he was shot and seriously wounded during a fierce gunfight that erupted in Malacañang as rebel soldiers mounted a coup d'etat against his mother. Three of his bodyguards were killed.

He placed sixth in the May 2007 senatorial elections, earning a six-year mandate as senator. He served in the Senate from 2007 to 2010.

An economist, having earned an AB Economics degree from the Ateneo de Manila University in 1981, Aquino's priority bills at the House of Representatives included the grant of annual productivity incentives to all workers in the private sector; strengthening the regulatory power of the Department of Trade and Industry to effectively enforce consumer laws; increasing the penalties for non-compliance of the prescribed increases and adjustments in the wage rates of workers.

At the Senate, he pursued his measure granting an annual productivity incentive to all workers in the private sector, establishing mechanisms for its implementation, and authored a bill increasing the penalties for non-compliance of the prescribed increases and adjustments in the wage rates of workers to amend Republic Act No. 6727, among others.

Aquino was catapulted to the presidency after his mother passed away. Born on February 8, 1960, Aquino was 50 years old when he was inaugurated as President.

In 2017, he was charged with graft and usurpation of authority before the Sandiganbayan in connection with the 2015 Mamasapano firefight that killed over 60 people, including 44 Special Action Forces men.

He was also charged with 44 counts of reckless imprudence resulting in homicide. The Supreme Court cleared him of all charges on September 3, 2019.

On December 14, 2017, he was grilled during a Senate inquiry into the Dengvaxia mess and at the House in February 2018. Graft charges were filed against him, former Health secretary Janette Garin and former Budget secretary Florencio Abad in mid-2018. (RGL with SunStar Philippines)