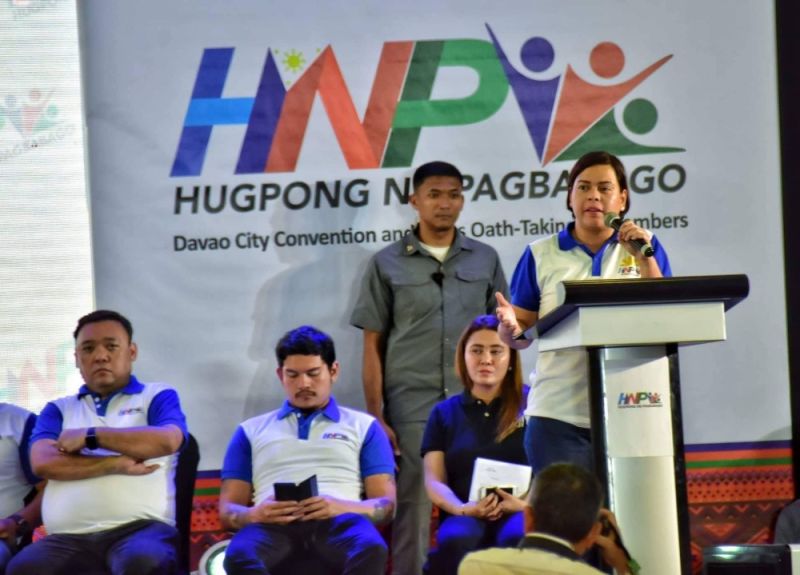 Duterte-Carpio, chairperson of Hugpong ng Pagbabago (HNP), revealed in a statement on Wednesday, June 23, 2021, that party officials are now in talks with “highly-placed” national officials regarding next year's election.

"I am aware that the officers of Hugpong ng Pagbabago are in talks with several highly-placed national officials regarding the 2022 elections," the mayor said in a statement.

"I am not privy to these discussions, but I was told that the meetings are about my candidacy for the Presidential race in 2022," she added.

Duterte-Carpio said she was "assured" that those involved in the talks will respect her decision if she decides not to run for the presidency.

Meanwhile, the mayor expressed her gratitude to Lakas-Christian Muslim Democrats (CMD) party for their support.

HNP was founded in 2018 to support President Rodrigo Duterte's government.

The mayor had been leading in the presidential survey despite her father's opposition for her to run.

In a radio interview on June 21, she quoted her father, saying that “presidency is not a woman’s job.”

“President Duterte said that the presidency is not a woman’s job, so particularly [it’s] not for me. So if he decided to run for vice-president (VP), let’s not expect that he will get me as his running mate [since I am a woman],” the mayor said in an interview on 87.5 FM Davao City Disaster Radio.

In March, members of the ruling PDP-Laban party urged President Duterte to run for vice president in 2022.

When asked about the possibility of joining the PDP-Laban as a guest candidate, the mayor said she has no plans to join the party.

“I have no plans of joining a national political party. As I said, I will stay with Hugpong ng Pagbabago in Davao Region and Hugpong sa Tawong Lungsod in Davao City,” she said.

She also confirmed that there are individuals who signified interest to be her running mate should she decide to run for president in next year's polls.

Despite her uncertainty to run for the country’s top post, the presidential daughter thanked the continuous support poured into her.