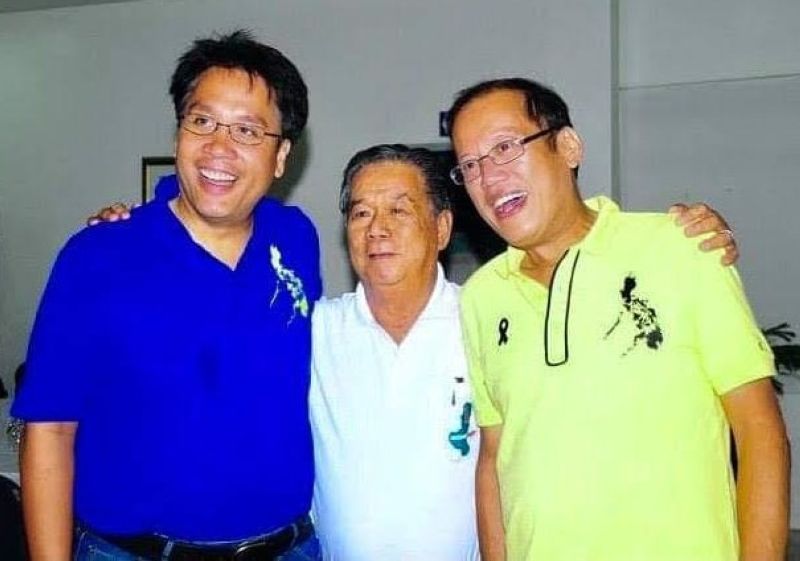 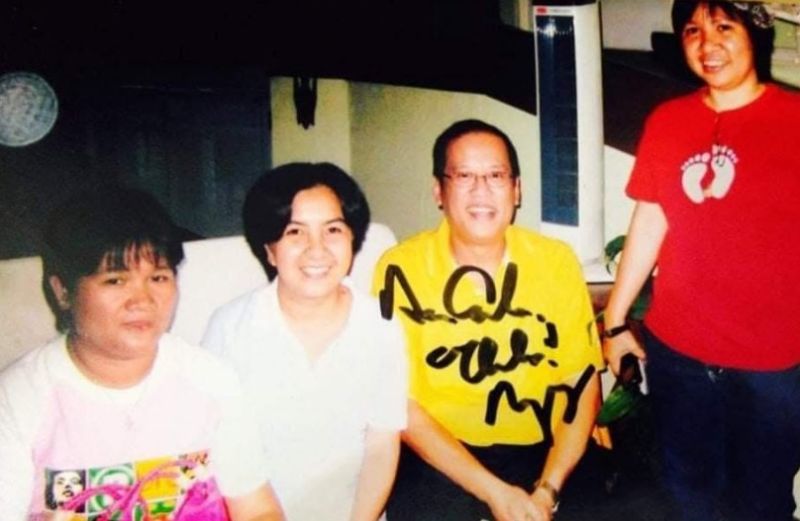 NEGROS. Former President Noynoy Aquino with Teresa Ellera, Gerlyn Regalado and Carla Cañet during his visit to the city a long time ago 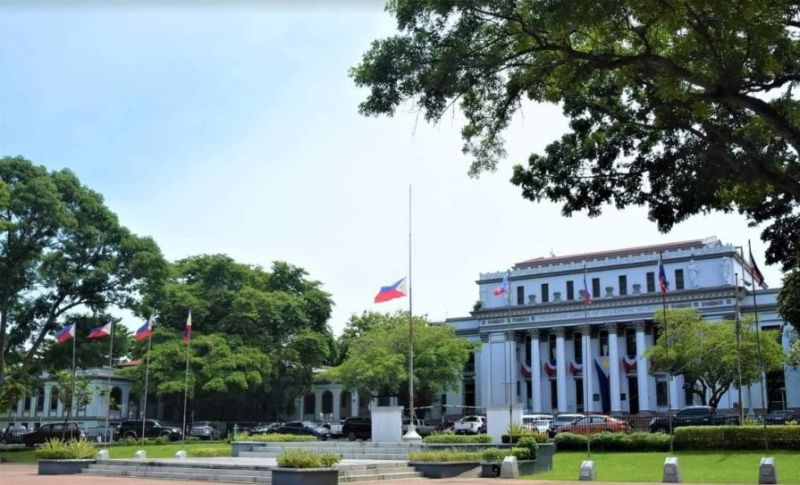 NEGROS. The Provincial Government of Negros Occidental Capitol building lowered the Philippine flag on half-mast to convey the province condolences to the bereaved family of former President Benigno Simeon "Noynoy" Aquino, III on June 24 in time of the feast of St. John the Baptist./Provincial PIO photo 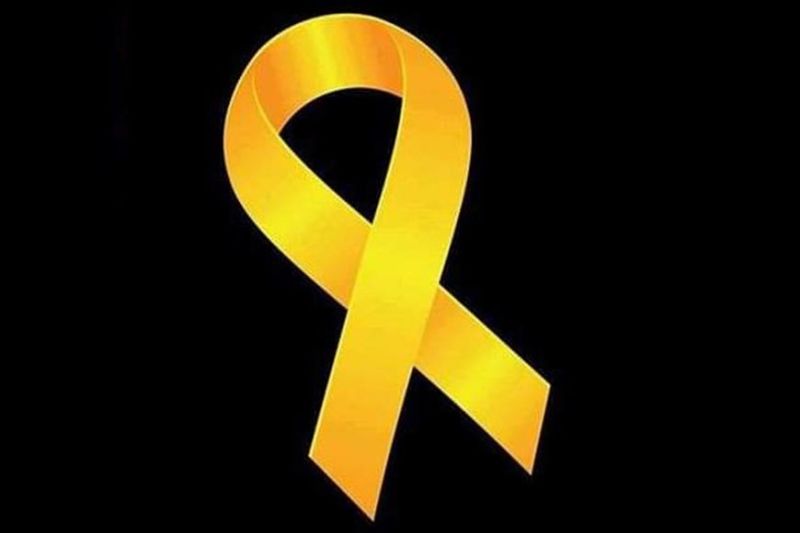 NEGROS. This yellow ribbon was posted by lawyer Andrea Sy on her FB account. 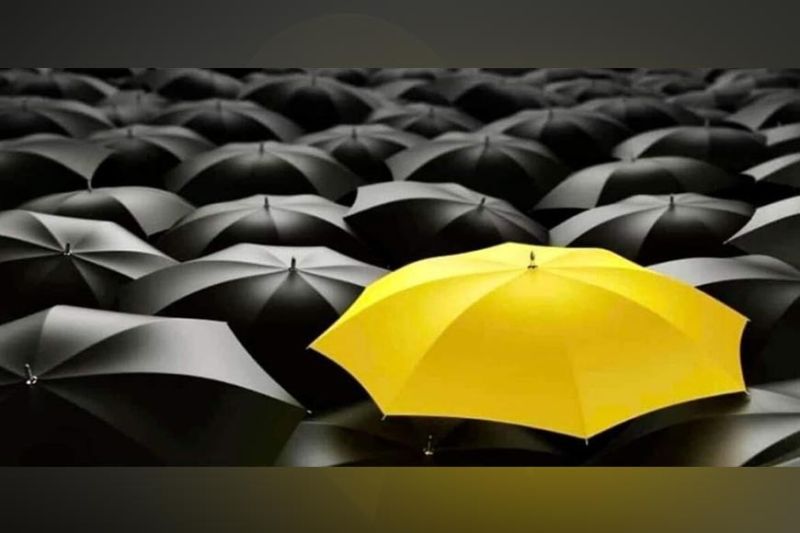 NEGROS. Posted by Dr. Maritel Ledesma on her FB account.

SOME Negrenses have conveyed their comforting messages on the demise of former Philippine president Benigno Simeon "PNoy" Cojuangco Aquino III Thursday in a time of the feast of St. John the Baptist, June 24.

Being a close friend and political ally of Negrense former Senator Manuel "Mar" Roxas II, the former president had visited Bacolod City and the province of Negros Occidental before and during his presidency.

He has a multitude of die-hard supporters here who believed in his leadership being the only son of former President Corazon Aquino and former Senator Benigno Aquino, Jr.

His demise has surprised the locals as they never learned even in the past that the former president suffered from a health condition.

The symbol of a yellow ribbon reflects the political color of the departed former president, which he inherited from the political party of his parents highlighting the Liberal Party.

The prominent line that the "Filipinos are worth dying" originated from his father former Senator Ninoy who showed his high sense of nationalism and love of country but perished in a pitfall at the tarmac of the former Manila International Airport, currently named as the Ninoy Aquino International Airport.

Here are some of the comforting messages from the locals which they either publicly posted on their respective social media accounts or have been issued publicly to the members of the mainstream media.

Governor Eugenio Jose "Bong" Lacson conveys that the people of Negros Occidental honor and thank former president Benigno “Noynoy” Aquino III for his contributions to our country and our people.

"We acknowledge the accomplishments of his presidency and administration, particularly the advancement of our economy, the change on the perception of other countries with regard to corruption, and the fight for our sovereign rights over the West Philippine Sea. Also, the Negros Island will remember the opportunity he gave us to be one region. PNoy has been known for his restrained demeanor that translated into his brand of leadership, and this is his legacy. Rest in peace, President Pnoy."

Engineer Vicente Siason said, "Death is part of God's master plan. It is inevitable. Even a withered leaf could not die without the consent of God. The strongest storms could not fall a withered leaf but when God allows its death even to newer leaf will perish.

Lawyer Belinda S. Guchuico said, "Only God knows when we will expire. The bread is even better because its expiration date is being indicated in its wrap. But I convey my sincerest condolence to the family of the former President."

Gina Libo-on said, "PNoy has performed well as a president. He was the one who discontinued the use of "wang-wang policy," which reduced the abuse of such means. May he rest in peace."

Lawyer Andrea L. Sy said PNoy might have died of a broken heart, seeing how the trolls attack ordinary supporters, you can imagine the virulence of their all-out war to destroy PNoy. PNoy was a reluctant presidential candidate who stepped up when duty called. I have no doubt that no matter what mistakes he may have made, he did his best for the country and was never motivated by self-interest or by a lust for power. As far as I know, during PNoy's term, the government was decent, transparent, humane, democratic, what we'd call "Makatao, Makabayan, and Makadiyos." Rest in peace, President Noynoy. Your passing reminds us of how much we have lost and how we must give our all if we are to save our country's soul."

Javi Benitez recalls, "I'll never forget the first time my dad ran for public office in 2010 as congressman of the 3rd district of Negros Occidental. He ran under the Liberal Party with Noynoy Aquino as its standard-bearer. I joined him in the campaign trail and played football for the summer in Don Bosco, Victorias City. PNoy's administration proved that "good governance is always good economics" by our strong economy and investment grade. He also unified the Negros Island Region which was overwhelmingly supported by the people of our province," he posted this on his FB account.