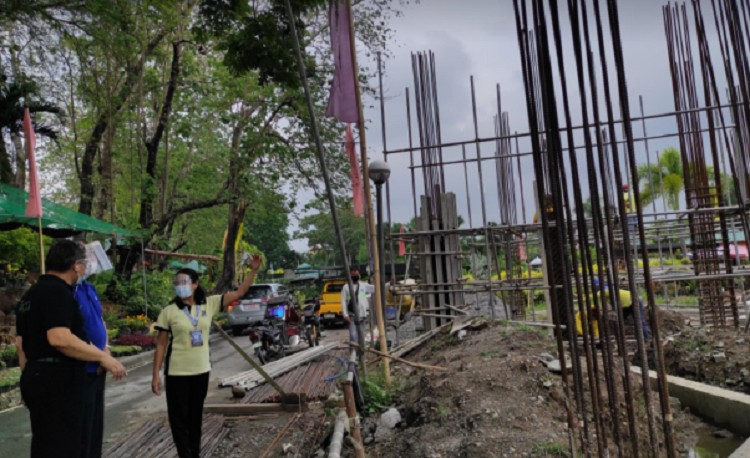 This as Department of Science and Technology (DOST) Secretary Fortunato de la Pena recently visited and inspected the ongoing construction and expressed satisfaction at the progress being made on the project dubbed as iLAB Garden City.

“It will bring Guiguinto closer to being the trendsetter on ornamental plant culture in the country,” Pena said. D

Sta. Cruz in Guiguinto Bulacan had always been the go-to for ornamental plant farmers even before the start of the craze for urban gardening due to the inevitable free time brought about by quarantine restrictions of the ongoing coronavirus pandemic.

The budget for the construction of the building of the iLAB Garden City was shouldered by the local government unit of Guiguinto through the leadership of Mayor Ambrocio C. Cruz, Jr. while the cost of the needed laboratory equipment and materials, salaries of laboratory personnel, technical training and grow-out facility of propagated ornamental plants will be funded from the Regional Grants-in-Aid program of DOST-Central Luzon.

The amount of P2.79 million has been set aside to start the project. It is expected to be fully operational by the 4th quarter of 2021.

Once the laboratory is fully operational 32 Hibiscus hybrids or more commonly known as Gumamela developed by the Institute of Plant Breeding in the University of the Philippines at Los Banos will be made available to the growers so they can propagate them on their own.

Plans are also being worked out to acquire the assistance of the Philippine Nuclear Research Institute (PNRI-DOST) for the transfer of non-conventional plant breeding technologies.

However, such conventional practices have high mortality rates of transplants aside from not being applicable for propagating some ornamental plant species. They also have difficulties propagating some ornamental plants such as Bucida spinosa, Cypress plant (Cupressus family), Creeping Jennifer (Lysimachia nummularia), Ornamental Legumes (Caesalpinioidae, Mimosoidae, Faboideae), among others.

The establishment of the tissue culture laboratory will as it has decided advantages over conventional propagation methods currently being used.