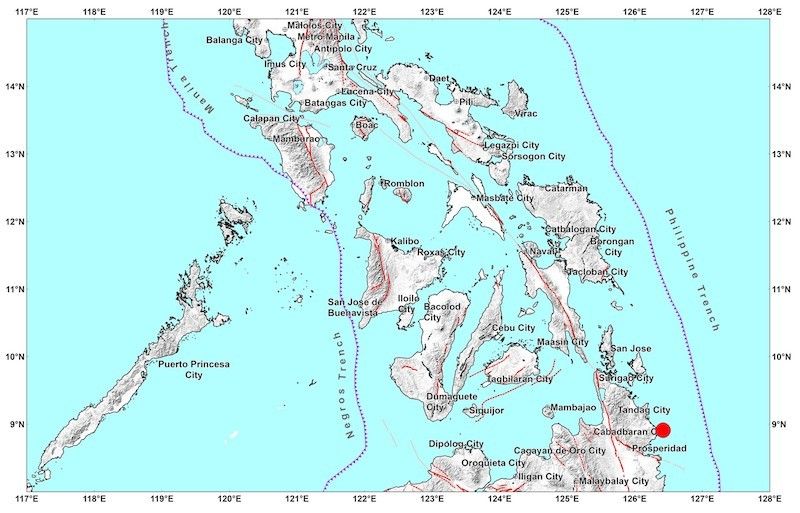 The Phivolcs advisory, issued at 3:22 p.m., confirmed an Android earthquake alert sent out to Android devices at 3:15 p.m., just one second after the tremor occurred.

The Android Earthquake Alerts System, however, estimated the size of the earthquake at magnitude 6.2, with the epicenter situated near Surigao del Sur, while the Phivolcs advisory initially reported it with a magnitude of 5.0 about 14 kilometers southeast of Cagwait.

A second advisory issued nearly an hour later adjusted the size of the earthquake to magnitude 5.1 and the epicenter was changed to 14 kilometers southeast of Bayabas, Surigao del Sur at a depth of 36 kilometers.

Phivolcs said aftershocks were expected but no damage was likely to occur.

The quake was felt in the following areas:

It was also plotted at the following instrumental Intensities:

The Android Earthquake Alerts System, which was launched in 2020, became accessible in the Philippines more than a week ago. Google Philippines said it is a free feature that immediately alerts Android users when an earthquake strikes nearby.

The system also provides information about the earthquake via Google search engine, although it advises the public to refer to official sources. (Marites Villamor-Ilano / SunStar Philippines)