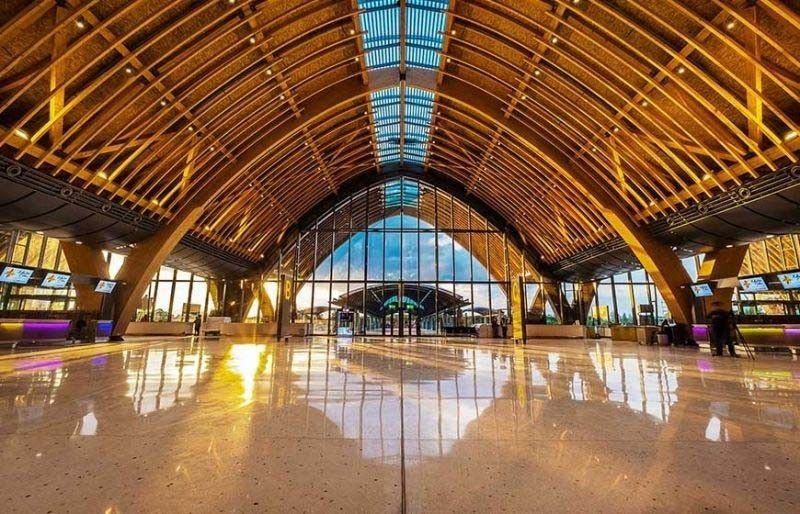 THE more than monthlong tug-of-war between Cebu Gov. Gwendolyn Garcia and the Inter-Agency Task Force (IATF) for the Management of Emerging Infectious Diseases over the testing and quarantine protocol for returning overseas Filipinos came to a pause on Tuesday, June 22, 2021, with Garcia’s decision to follow the IATF policy in deference to President Rodrigo Duterte.

This has given respite to all those caught in the middle of this war of words and orders—the travelers keen on flying home, and the agencies and institutions tasked to implement the arrival protocols in Cebu.

Here’s a timeline of how this battle of wills began and has played out so far:

March 30, 2021 - Gov. Gwendolyn Garcia issued Executive Order (EO) 17 ordering overseas Filipino workers (OFWs) and returning overseas Filipinos (ROFs) arriving at the Mactan-Cebu International Airport (MCIA) to undergo a Covid-19 RT-PCR test upon arrival free of charge, and thereafter wait at a quarantine hotel for the release of the results, deemed to take about 2-3 days. On testing negative, the traveler is released from the hotel and allowed to depart for his local government unit (LGU), which shall not impose any other requirement on him.

Department of Health (DOH) protocols for treatment apply for those who test positive.

The EO, which took effect on March 31, did away with the prevailing guidelines, laid out in IATF Resolution 96, to swab all arriving travelers from abroad only on Day 5 of their arrival and facility-based quarantine, and release them if they test negative to their LGUs of destination, where they shall complete the remainder of their 14-day quarantine. Read more

Garcia cited the financial burden the quarantine before swabbing imposes on ROFs and the Overseas Workers Welfare Administration.

May 6, 2021 - The IATF issued Resolution 114 ordering testing only on Day 7 of arrival. The first 10 days of a 14-day quarantine would be spent in a facility, regardless of a negative result, with the remainder to be completed at home for those testing negative. Read more.

May 7, 2021 - Garcia said she would stick to her EO 17. She invoked Section 105 of the Local Government Code which says that during public health emergencies, direct national control over health operations in an LGU may not go beyond six months, unless the LGU concurs.

May 13, 2021 - Garcia issued a memorandum saying that for Cebuano OFWs and ROFs, it is EO 17 and Provincial Ordinance 2021-04 that will be followed. For non-Cebuano OFWs and ROFs, as a requirement for entry to Cebu, they shall present a Letter of Acceptance from their LGU of destination indicating their commitment to comply with that LGU’s health protocols. They will still be tested on arrival in Cebu. But on testing negative, they shall now remain in their hotel or designated MCIA holding area till their next flight.

Garcia also announced further protocols, which were not included in her memorandum: If the test result is negative for Cebuanos, they may go home, where they will now undergo home quarantine. On the seventh day, they will undergo another free swab test.

May 14 and 15, 2021 - The MCIA did not accept international arrivals after Garcia said the 2,500 rooms in 35 accredited quarantine hotels for OFWs and ROFs were almost full.

May 25, 2021 - Garcia revealed a plan by Justice Secretary Menardo Guevarra and Presidential Spokesperson Harry Roque Jr. to file a case against her for insubordination for not implementing the IATF’s arrival protocols in Cebu. But she still stuck to her double swabbing policy, calling it “innovative” and not in violation of IATF directives.

May 27, 2021 - Executive Secretary Salvador Medialdea issued a memorandum relaying President Duterte’s order to divert international flights bound for the MCIA to the Ninoy Aquino International Airport (Naia) from May 29 - June 5, 2021, and to enforce the IATF’s testing and quarantine protocols in all ports of entry nationwide regardless of specific protocols issued by LGUs to the contrary.

June 5, 2021 - The Provincial Capitol released a copy of a May 20, 2021 memorandum issued by Garcia that stipulates that Cebuanos released from their hotel after testing negative shall proceed to their LGUs of residence “where they will undergo facility or home quarantine for the remaining balance of the 14 days to be monitored by Barangay Health Emergency Response Teams.” The memo adds that on Day 7, they shall be be swabbed by their LGU of residence in Cebu.

For non-Cebuanos, upon release from their quarantine hotel after testing negative, they can leave for their LGU outside Cebu. That LGU will be responsible for their Day 7 testing.

June 8, 2021 - A new memorandum from Executive Secretary Medialdea dated June 5 revealed that the diversion of flights had been extended to June 12 to ensure that upon resumption of international flights to the MCIA, IATF protocols would be fully implemented. Read more

June 11, 2021 - The Provincial Board amended Provincial Ordinance 2021-04 to reflect the requirements contained in the memorandum that Garcia issued on May 20 and released on June 5. Read more

June 14, 2021 - After learning that Cebu’s arrival protocols were still used upon the resumption of flights on June 13, Presidential Spokesman Roque said: “The President has decided that the IATF protocols must be implemented by Cebu province. The last extension was just a preparation for full implementation of that decision.” Read more

June 15, 2021 - Garcia virtually attended a Senate hearing on the arrival protocols and invited IATF consultants to come to Cebu to present their data to the local leaders, including the IATF’s critique on Cebu Province’s arrival protocol for OFWs and ROFs. She said she would ask the Provincial Board members to revisit the amended Ordinance 2021-04. Read more

Cebuano doctors calling themselves the “Concerned Doctors of Cebu” expressed full support for the IATF’s medical experts and arrival protocols. The group called Cebu Province’s arrival policy “lax,” saying some ROFs and OFWs who live in Luzon had taken advantage of this to enter the country through the MCIA. Read more

Seafarers’ groups, on the other hand, appealed to the IATF to adopt Cebu’s policy for OFWs and ROFs. Read more

The IATF approved Resolution 122 directing the police, military and other member-agencies of the National Task Force Against Covid-19 to strictly enforce the approved arrival protocols for inbound international travelers in all ports of the country, regardless of any specific protocols issued by LGUs to the contrary.

June 20, 2021 - Some OFWs and ROFs who arrived no longer underwent the Day 1 swab test required under Provincial Ordinance 2021-04.

Garcia issued EO 23, reminding government agencies, the MCIA and hotel operators that they could face criminal and administrative charges if they failed to implement the amended Provincial Ordinance 2021-04. Read more

During an evening meeting with IATF officials, Duterte warned the judiciary that amid this national emergency, he would not obey court orders in the matter of managing the pandemic. He left the fate of Garcia to the Department of the Interior and Local Government.Read more

To reduce the financial burden on all returning Filipinos, and not just OFWs, Duterte said the national government would now pay for their stay in quarantine facilities.

June 22, 2021 - The DOH, Bureau of Quarantine and the MCIA said they would adhere to the IATF protocols. Read more

Garcia set aside EO 23 but said swabbing on arrival would continue at no cost to OFWs and ROFs. She hoped that a win-win solution could be crafted after the Cebu Provincial Board’s June 28 meeting (later rescheduled to June 29) at the Capitol with Secretary Duque and the IATF’s technical advisers. Read more