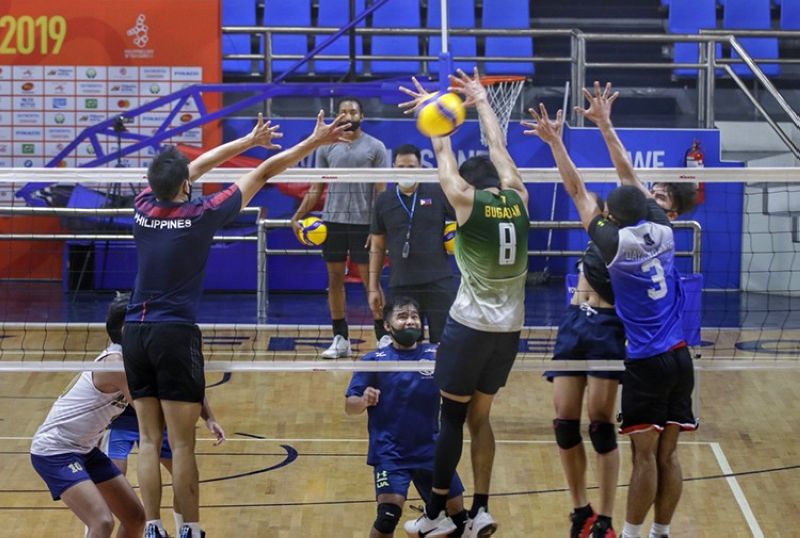 The men and women’s national volleyball teams will start training inside a bubble on July 1. (PNVF)

The men’s and women’s national volleyball teams will start training for two crucial regional competitions on July 1 inside a bubble in Ilocos Norte.

Philippine National Volleyball Federation president Ramon “Tats” Suzara shared the training program for the men’s and women’s teams will begin as they prepare for the country’s hosting of the Asian Women’s Seniors Championship in Pampanga and the Hanoi 31st Southeast Asian Games in November.

“Training for the national teams officially start on July 1 and we are very thankful that Ilocos Norte has agreed to adopt our national athletes who will be training in a bubble environment,” said Suzara. “The Asian championship and the SEA Games are priority events on the national team program.”

Suzara said the PNVF training bubbles are exclusive in Ilocos Norte and dispelled reports that members of the national volleyball teams set up training camp in Baguio City.

“It’s not true that the PNVF has a training bubble in Baguio City,” he said.

Suzara said the Asian championship would be played in Pampanga and Subic from August 29 to September 5.

The SEA Games, meanwhile, are set from November 21 to December 2 in the Vietnamese capital. The Hanoi games organizers have yet to decide on whether or not to postpone the competitions because of Covid-19 concerns, but Suzara said the PNVF is going on with the training program.

“The PNVF mindset is for the athletes—including beach volleyball—to focus on these international events,” he said.

There are 56 national team members—20 men and 16 women in volleyball and 10 men and 10 women in beach volleyball. (JNP)