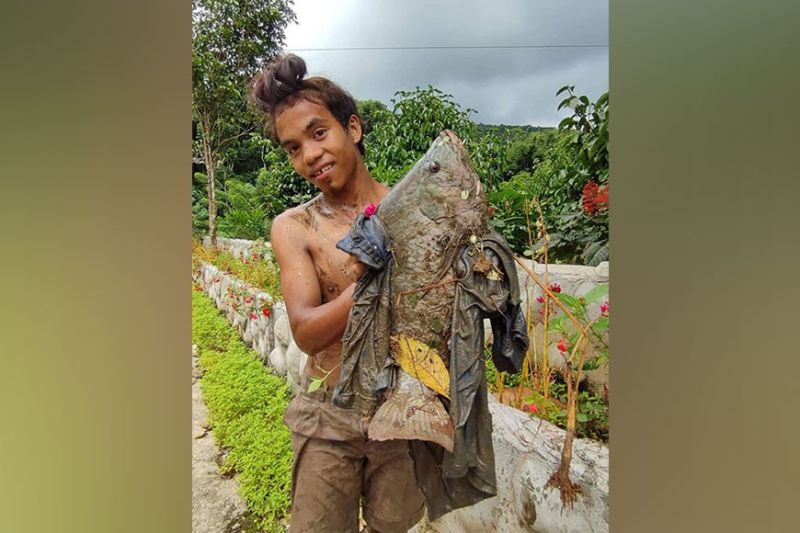 Barangay captain of Balabag, Eduardo Umpan said they were drying up their fishpond to harvest tilapia to sell at the public market when they were stunned to find a huge tilapia struggling in the mud.

Umpan said because of the size of the tilapia, they also struggled to catch it even if the fishpond water had been drained.

He also said they immediately slaughtered it and cooked the fish in different dishes.

It was learned that cultured tilapia or raised tilapia can grow bigger than wild tilapia because tilapia growers may overfeed the fish.

The giant tilapia caught in Kidapawan City is the first occurrence in the province of North Cotabato.

Tilapia is likened to Pangasius which is also known as cream dory, which is usually cooked at fish fillet in several restaurants. Pangasius can also grow so big if their feeding habits are not controlled.

Tilapia is also known as tilapia nilotica or nile tilapia, since tilapia has been present even during the bible era in the Nile River in Egypt.