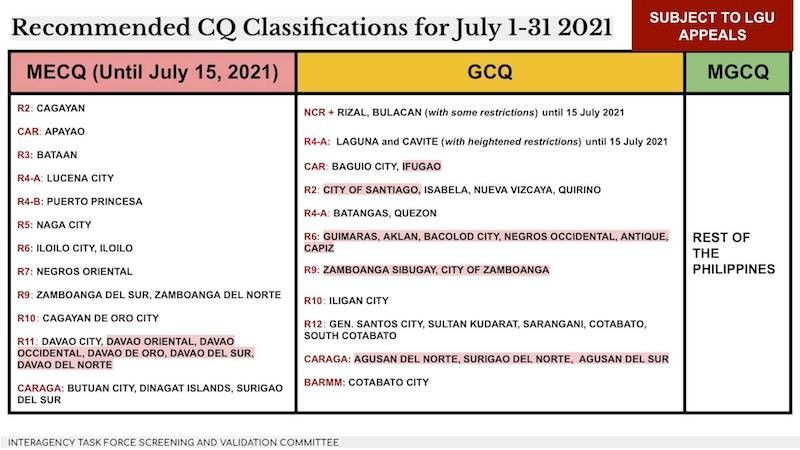 SIXTEEN areas will continue to be under modified enhanced community quarantine (MECQ) until July 15, 2021.

An area’s risk and community quarantine classifications are escalated when the healthcare utilization rate becomes high risk or reaches a critical level.

Five areas that are under MECQ until June 30 will shift to general community quarantine (GCQ) for the month of July 2021. These are Santiago City, Zamboanga City, Agusan del Sur, Zamboanga Sibugay and Ifugao.

The National Capital Region (NCR), or Metro Manila, as well as Bulacan and Rizal provinces will continue to be under "GCQ with some restrictions” while Laguna and Cavite will remain under GCQ with heightened restrictions until July 15, 2021.

The rest of the country will be under the most lenient form of quarantine, modified general community quarantine (MGCQ). (MVI / SunStar Philippines)