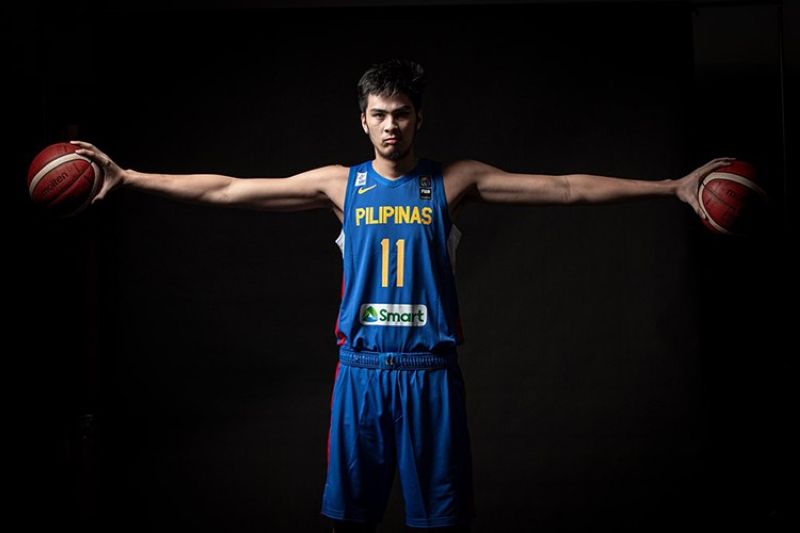 NLEX head coach Yeng Guiao says 7-foot-3 center Kai Sotto has come a long way from the days when he used to tag along with his father, former PBA player Ervin Sotto. (FIBA)

NLEX head coach Yeng Guiao says 7-foot-3 basketball phenom Kai Sotto has come a long way from the days when he used to tag along with his father, former PBA player Ervin Sotto, to attend the Road Warriors’ practices.

The 62-year old coach revealed on the show entitled “The Gilas Zone” that the young Sotto used to attend NLEX’s practices as his father, Ervin, used to be an assistant coach on the team back then.

“He was practicing twice a day. He practiced with us, and he practiced with Ateneo. So I knew him those days. He’s a lot bigger, stronger; his handles are better,” added the fiery mentor.

Sotto’s vast improvement was on full display in the recently concluded final window of the FIBA Asia Cup qualifiers where Sotto made his debut for the Gilas Pilipinas men’s national basketball team. There, he averaged 9.3 points, 7.0 rebounds, and 1.3 assists in 18.9 minutes per game as the Gilas swept their games to finish the qualifiers with a perfect 6-0 (win-loss) card.

Sotto even held his own against Korea’s naturalized player, Ricardo Ratcliffe, the ex-PBA import who actually led the entire 2019 FIBA World Cup in scoring and rebounding.

“I know how hard Ratliffe defends at the low post. He’s a strong guy, he’s a heavy guy, he’s had experience playing against the best big men in the world. And I think Kai Sotto was able to put a move or two on him,” Guiao said. “To me, that’s a good sign. He’s also not afraid of being physical, getting physical with the best big guys Korea can offer. So to me, that’s an improvement.”

Guiao added that Sotto could only get better if and when he spends more time practicing with the Gilas team.

“We must remember, he’s been able to practice with Gilas only for a couple of days, not enough for Coach Tab and the whole team to probably get the most out of what he can offer,” he said. (JNP)