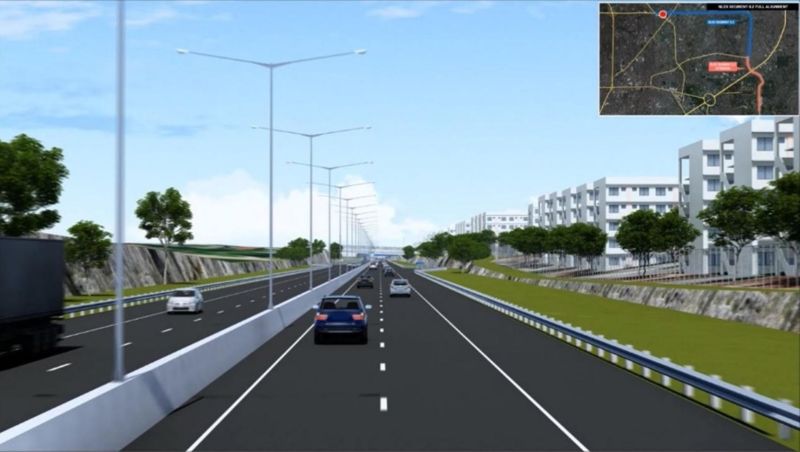 THE NLEX Corporation is set to jumpstart the construction of a new two-kilometer expressway section between the existing Mindanao Avenue toll plaza and Quirino Highway in Novaliches, Quezon City within the second half of the year.

“The construction of this new P2-billion expressway section will be welcome news for NLEX commuters who currently face daily traffic gridlock in the congested portions of Mindanao Avenue. Eventually, this section will be integrated into the future NLEX expansion to C5 /C.P. Garcia near Katipunan Avenue. We foresee an interconnected tollway network that will be accessible to the west, east, north, and south sides of Metro Manila,” NLEX Corporation President and General Manager Luigi Bautista said.

“The construction of the new section is part of the DPWH Build! Build! Build! Program and is expected to contribute to the government’s economic stimulus initiative aimed at generating more jobs and helping revive the economy amidst the pandemic,” he added.

The project will also be welcome news for the transport logistics sector comprised of container cargo trucks, haulers and other commercial vehicles, as it provides an alternate route to the ports of Manila via NLEX Harbor Link all the way to the new Navotas Interchange along Mel Lopez Blvd, R-10.

The entire NLEX C5 Link project is expected to benefit 45,000 motorists daily and cut travel time between Mindanao Avenue to Commonwealth Avenue to 10 minutes instead of the usual 45 minutes.

Aside from this project, the tollway company is fast-tracking the completion of the first five-kilometer section of the NLEX Connector to España Blvd. in Sampaloc, Manila along the PNR railroad tracks.

The NLEX Connector is expected to reduce travel time from NLEX to South Luzon Expressway from two hours to just 20 minutes and is seen to support business activities in fast-growing regions such as Central Luzon and Calabarzon.