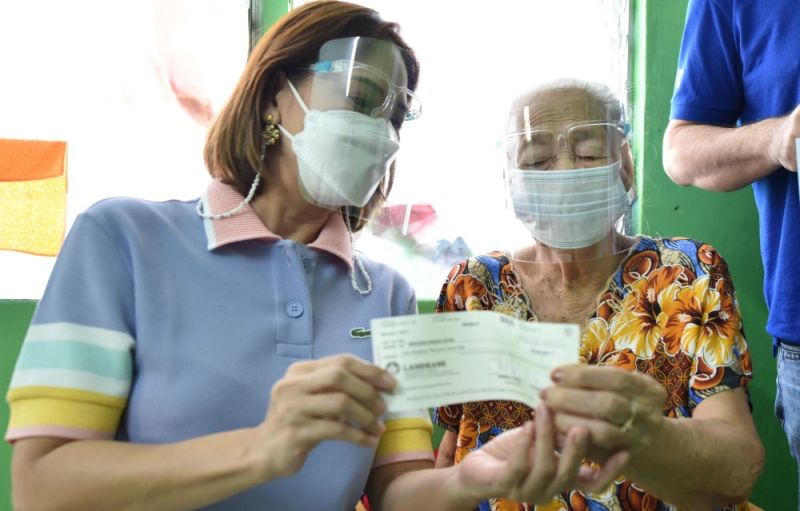 FIVE senior citizens aged 95 and above received P100,000 incentive each from the Pampanga Provincial Government through the One-Time Cash Incentive Program of the Provincial Social Welfare and Development Office (PSWDO).

Led by the PSWDO, together with Board Member Fritzie David-Dizon, Capitol staff visited the beneficiaries in Sta. Rita, Lubao, and Floridablanca.

According to PSWDO head Elizabeth Baybayan, this is a way for the Capitol to recognize the contribution of senior citizens in their respective communities.

This program was implemented by virtue of provincial Ordinance 683, series of 2014, or “An Ordinance Enacting the Senior Citizen Code of the Province of Pampanga.”