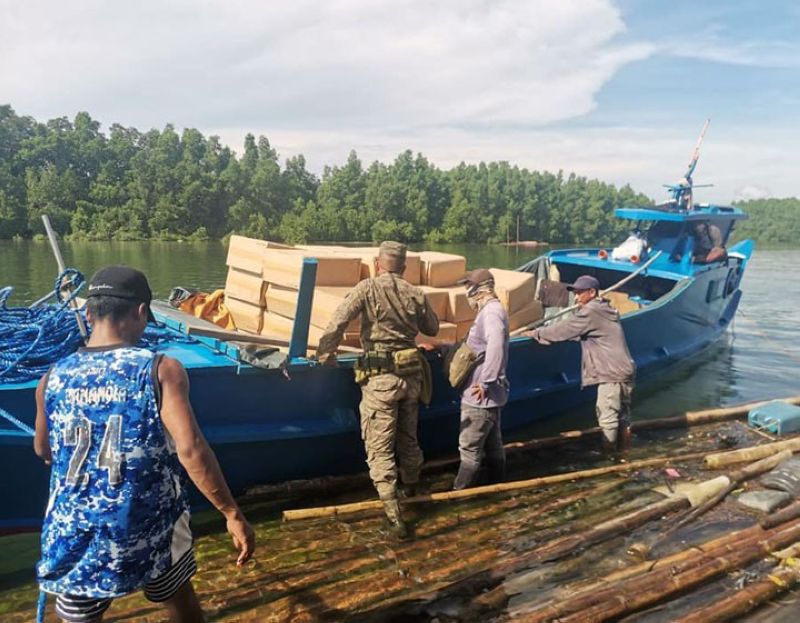 The Zamboanga City Police Office's Station 1 reported that the 74th Infantry Battalion (IB) troops were on seaborne patrol when they intercepted the motorboat early Wednesday, June 30, near Sitio Bucana in Tictapul village, east of Zamboanga City.

The police said the motorboat was loaded with 83 master cases of smuggled cigarettes worth about P2 million and eight persons without negative swab test result.

The local government requires all in-bound travelers to present negative swab test result before they are allowed entry as one of the measures against the spread of the coronavirus disease (Covid-19) in the city.

A fine of P5,000 will be slapped to anyone found trying to enter Zamboanga City without such requirement and they will be told to return to their point of origin.

"We commend our security forces for their dedication to service to keep our city safe and protected not only against Covid-19 but also against illegal activities as well as security threats," said Mayor Maria Isabelle Climaco-Salazar.

Salazar said the local government remains firm on its policy against smuggling and continues its efforts to thwart any attempt to use the city as a transit point for contraband items.

"We do not want Zamboanga City to be a smuggling capital so our police, military and other partners in the security sector continue our efforts to implement our policies against smuggling," she said. (SunStar Zamboanga)