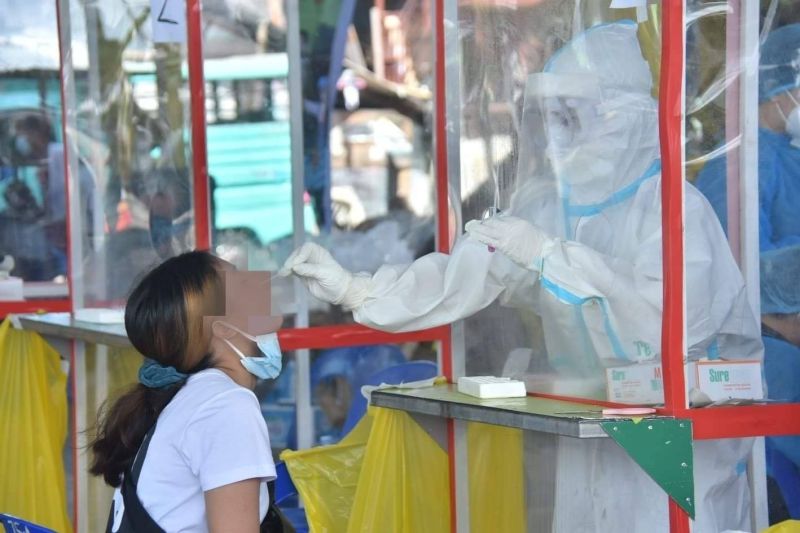 THE proposed ordinance penalizing individuals who will not submit themselves for Covid-19 testing was put on hold.

The item, "An Ordinance Providing for Mandatory Reverse Transcription Polymerase Chain Reaction (RT-PCR) Testing Of All F1, F2, And F3 Contacts of an RT-PCR Confirmed Positive Case Of Covid-19 In Davao City," was supposed to be filed for third and final reading during the 19th City Council's regular session on Tuesday, June 29.

Councilor Mabel Acosta, author of the proposed ordinance, said the Davao City Covid-19 Task Force requested for the deferment of the measure.

Prior to this, Acosta said the body conducted its regular meeting on Tuesday morning, June 29, and said that the proposed ordinance will have some adjustments.

"They will make some adjustments regarding this proposed ordinance requested by the Task Force on Covid Davao," the councilor said.

She motioned for the deferment of the item and returned it to committee level "until further notice."

Later on, Acosta filed for "motion for reconsideration" and it was approved by the council.

Acosta, chairperson of the committee on peace and public safety and on special publications, said in a radio interview that among the provisions of the proposed ordinance is that violators will not be issued with any warning but a citation ticket if he or she will not comply with the mandatory swabbing.

The proposed ordinance, requiring identified contacts to undergo mandatory swab testing and/or mandatory isolation and quarantine, is in accordance to Executive Order (EO) 20, "An Order Providing for Mandatory Swabbing of All F1, F2, And F3 Contacts of an RT-PCR [Reverse transcription polymerase chain reaction] Confirmed Positive Case of Covid-19 in Davao City."

Acosta said she lobbied for its enactment since the entire country is under a state of public health emergency and yet some people refused to be tested.

City Health Office (CHO) Acting Head Dr. Ashley Lopez said on Wednesday, June 30, that the city will still pursue the proposed measure, but the body will have to amend some of its provisions.

"Wala na siya gi-cancel (The ordinance is not being canceled). We just try to defer temporarily the passing on third and final kay naa pa tay mga data na dapat himuon (because we still have to collate data) in relation to the data analysis nato for F1, F2, and F3," Lopez said in an interview on 87.5 FM Davao City Disaster Radio.

In terms of the penalty, he said it is already fixed and no adjustments will be made for it.

Lopez said they had received negative feedback regarding the proposed ordinance but he is still defending its passage, saying this is part of the city’s measures to control the spread of the virus.

"Ang point ani sa (The point of our) government is [to] share your own personal and even social responsibility," he said.

"Dili man ta mu-impose ani tungod kay gusto ta makakwarta. I-impose nato ni kay gusto nato ma-improve ang compliance nato (We are not imposing this because we are after the income we could generate from the penalties. We pushed for this measure because we wanted to improve the compliance of the public)," he added.

Lopez said that based on their initial data, many F2s and F3s refused to be tested and only less than 50 percent submitted themselves for testing when, in fact, they can be spreaders of the virus.

The official said the proposed ordinance would help in their campaign in addressing the pandemic.