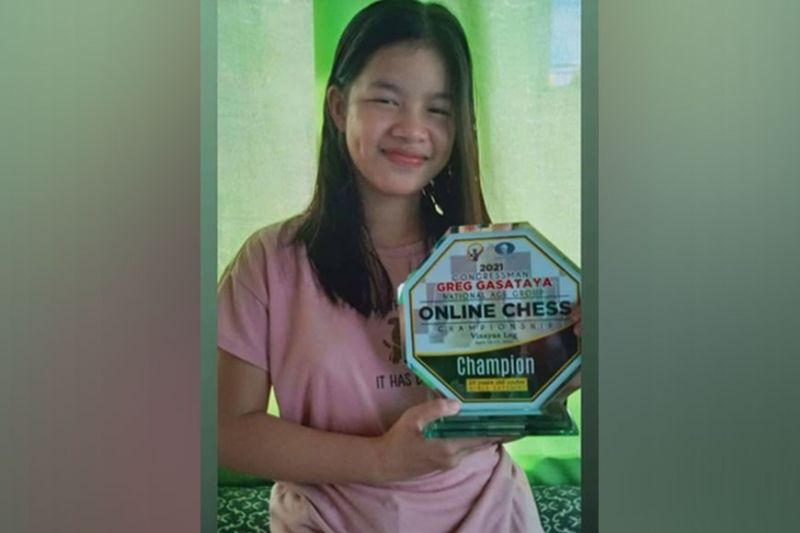 CAGAYAN DE ORO. Ruelle Canino led the city’s medal hunt with two gold medals in her neck after stamping dominance in both 15-under and 13-under age group categories in the girl’s division. (Contributed photo) 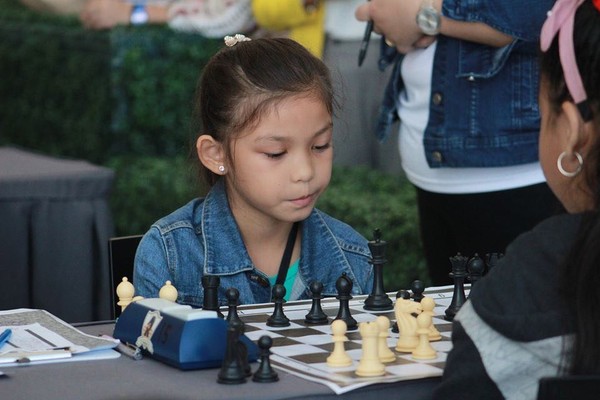 They also secured slots to represent the Philippines in the 2021 Asian School Hybrid Chess Championships later this July.

Cagayan de Oro’s cream of the crop Ruelle “Tawing” Canino led the city’s medal hunt with two gold medals in her neck after stamping dominance in both 15-under and 13-under age group categories in the girl’s division.

The 13-year-old Canino of Misamis Oriental General Comprehensive High School (MOGCHS) is a consistent age group and youth campaigner with flying colors both in the national and Asian region.

Canino’s elder sister Rhea, on the other hand, captured the bronze medal in the 17-under girls. She is also from MOGCHS.

Another gold came from neophyte Lila Alyssa Seriña of Capitol University Basic Education Department (CUBED) after putting a surprise win in the 11-under girls division in a tight competition.

The 10-year-old Seriña, a niece of City Mayor Oscar Moreno, tied for first place with experienced age grouper Daniella Bianca Cruz with 8 points apiece. However, she got the gold solo after prevailing over the tiebreak with number of wins.

The Canino siblings and Seriña were trained under the tutelage of former Barangay 23 chairman and now Kagawad Jaime Joshua Frias II.

Marion Daabay, another Cagayan de Oro bet, failed to join the circle after landing 11th in the 13-under boys.

From the neighboring locality, Keith Adrian Ilar of El Salvador Elementary School also joined the circle of qualifiers after making it to the top three in the 11-under boys.