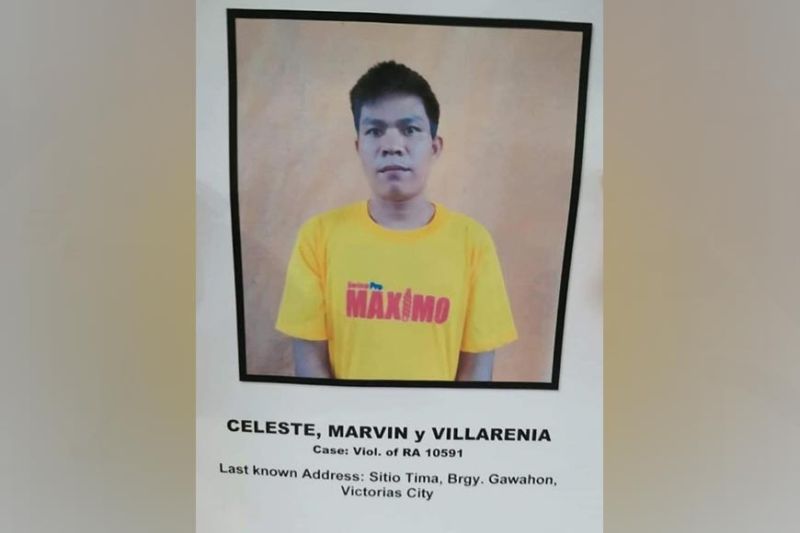 MURCIA. One of the five escapees at the Negros Occidental District Jail was killed while another one was recaptured and three others remain at large after a shootout with the chasing authorities at Hacienda Velez in Barangay Blumentritt, Murcia Wednesday morning, June 30. (BJMP photos)

ONE of the five jail escapees at the Negros Occidental District Jail (NODJ) was killed, another one was recaptured while the three others remained at large after a shootout with chasing authorities in Hacienda Velez, Barangay Blumentritt, Murcia Wednesday morning, June 30, 2021.

Killed was identified by authorities as Marvin Celeste of Gawahon, Victorias City, who was jailed for illegal possession of firearms, while recaptured was Daniel Tamon of Barangay Kumaliskis, Don Salvador Benedicto with a murder case.

At large and are subject of a manhunt operation as of Wednesday were Alejandro Montoya of Victorias City, who was charged for carnapping, robbery, illegal possession of firearms, attempted homicide, and acts of lasciviousness; Danilo Celeste, who is the brother of Marvin with cases for carnapping, robbery, attempted homicide and illegal possession of firearms; and Francisco Epogon of Cauayan, who is tagged as the leader of the notorious Epogon Crime Group and with cases for robbery with violation against intimidation of person and robbery with homicide.

Police Captain Gerald Muya, Murcia town police chief, said they believe the three who are at large are still in the area and could be seeking refuge inside the sugarcane plantation.

Muya said along with the members of the Tactics Operation of the Bureau of Jail Management and Penology and the First Provincial Mobile Force Company they responded to the area after they received information that the escapees forcibly grabbed food supply and mobile phones of some hacienda workers at the area. They also robbed some clothes and changed their jail uniforms.

Muya said prior to the incident, the escapees' presence was also monitored in Damsite, Barangay Cansilayan, Murcia, which is the boundary of Murcia and Bago City where the NODJ is located.

Authorities theorized that the escapees did not pass the main highway but rather through shortcuts passing through the sugarcane plantations going to Barangay Blumentritt to evade authorities.

They bolted from the NODJ on Monday.

During the commotion, the three other escapees split up and were last seen heading towards the west direction.

Authorities also deployed a drone to help in the search for the remaining suspects.

Dogelio said investigations are also ongoing on how the said inmates managed to escape. At the time of the incident, there were five jail guards on duty.

The BJMP is also looking into the arrangement of the jail facility itself, pointing out that the NODJ's main administration office is built separately from the prison dorms and the NODJ is also one of the biggest district jails in the country based on its land area and facilities.

Due to the incident, the jail has also changed several of its rules and regulations, especially on the entry of the prisoners' personal belongings and food items.

Currently, the jail has limited the entry of items inside the facility to essentials only to prevent any contraband such as saws that could be used by the inmates in order to escape.

A bounty of P10,000 for each of the three escapees has also been offered to anyone who can give information that would lead to the recapture of the prisoners. (TDE)