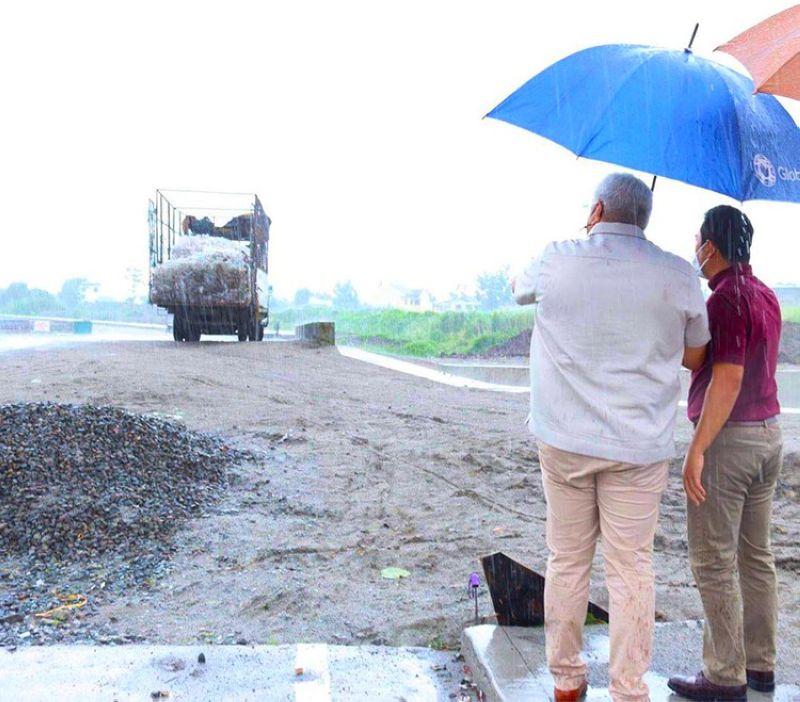 WORKING FOR ANGELES CITY. Mayor Carmelo Lazatin Jr. mentioned in his 2nd State of the City Address on June 30, 2021 the infrastructure development programs that he and his brother First District Representative Carmelo Lazatin II are working on for Angeles City. (Angeles City Information Office)

Lazatin made the announcement during his second State of the City Address on June 30.

Of this P684 million is the P474 million eight-story building to be built at RLMMC, and the P210 million additional building and classrooms in CCA.

In addition, P100 million was allotted for the purchase of medical equipment to the new hospital building in RLMMC.

As two of the main cornerstones of his administration, Lazatin, just like his father, late Congressman Carmelo “Tarzan” Lazatin, is set to continue to push programs that will cater to the health and welfare of the people.

Among the recent infrastructure and development programs in the city since Mayor Lazatin took office are the road widening and construction of the Pulung Cacutud Bridge and P150-million Epza Diversion Road.

“While my administration has exhausted all city’s resources to aid Angeleños during the pandemic, this is the golden era as far as public service is concerned,” he said.

He also mentioned the projects lobbied by his brother for the city’s infrastructure development, including the ongoing construction of the P138-million Abacan road dikes and bypass roads from Barangay Pandan to Friendship Bridge, P30 million Malabanias Bridge, and the four-lane Cutcut Flyover, amounting to P500 million with help of Senator Lito Lapid.

Representative Lazatin is also lobbying for the construction of the Sto. Cristo Flyover worth P500 million, the mayor said.