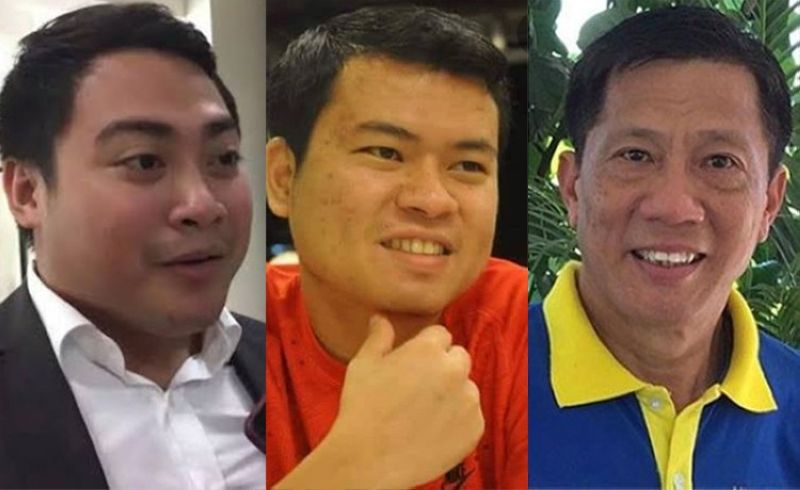 WHAT set off the crisis mode of Cebu City Hall, then under Acting Mayor Michael Rama, who called a special session Monday, June 28, and Wednesday, June 30, to act on the problem:

[2] The shutout of Docast from Binaliw increased the pile-up of garbage at the transfer station in Barangay Inayawan, distressing Acting Mayor Rama who during a site visit saw and smelled the stench.

[3] Rama looked into records and found out about Docast's apparent failures: (a) allegedly not paying its obligations to ARN and another landfill operator outside the city and (b) not acquiring the required number of trucks, transfer sites and other equipment under its contract with the City. Rama gave Docast 48 hours to explain, due Thursday, July 1.

No declaration of calamity

Wednesday, June 30, the City Council decided to ask the mayor, Edgardo Labella, who was to return July 1 from his three-week medical leave, to repair the White Road that leads and from the Inayawan transfer station. Requested by Inayawan Barangay Captain Bryan Kirk Repollo, who appeared before the City Council, the road repair could shorten travel time for vehicles moving into and out of the transfer site. (Repollo, a BOPK member, last January sued before the ombudsman Mayor Labella and Department of Public Services head John Jigo Dacua over uncollected garbage problem in the city, alleging "improper management.")

The Sanggunian, however, fell short of declaring a state of calamity in Inayawan or part of it. DPS chief Dacua didn't express enthusiasm for it when asked by Councilor James Anthony Cuenco and impressed the councilors that despite the ARN ban on Docast at the Binaliw landfill, DPS had been coping with the problem. Dacua said Docast is dumping garbage in Consolacion. And DPS itself is hauling trash into and out of Inayawan.

Pressed by Majority Floor Leader Raymond Garcia on the garbage situation, Dacua said they're doing well with the collection.

No specifics however: "limpyo-limpyo man ang mga dan (the roads are clear of trash." On the volume of garbage not picked up from Inayawan, Dacua said, "ubay-ubay," which can mean "some" or "a lot." Vice Mayor Rama called it "mountainous," quoting the comment of a City Hall official during the ocular inspection: "Mora'g way gobyerno diri."

The Sanggunian, for now, takes the word of DPS's Dacua, not yet VM Rama's doom-and-gloom assessment.

Findings of the City Council Wednesday must be topped by the suspicion, if not belief, of councilors -- notably Minority Floor Leader Nestor Archival, Eugenio Gabuya Jr. and Philip Zafra -- that Docast could be gaining more money from the crisis since the contractor is paid by the City the full amount of P1,800 per ton of garbage even if hauled by DPS and the barangays from source to the transfer site or the landfill.

"Why pay Docast for the work done by City Hall's DPS and our barangays?" Archival asked Atty. Dacua, "We have a problem here."

Dacua pointed, more than once, to the integrated system of paying the contractor. Instead of paying separately, as in the past, the hauler and owners of transfer sites and final destination, DPS now pays only one contractor, who will then pay the others involved in the disposal.

Probable defect is that City Government resources could be used to do the contractor's work. Archival wanted a lucid explanation but didn't get it. Dacua looked only at the contract cost per ton, not to other costs to the city, such as when DPS and the barangays did the hauling, using LGU resources. Councilor Edu Rama suggested a return to the "chop-chop" system and putting up more transfer stations to get around the traffic problem. Councilor Garcia wanted a study comparing cost and efficiency for DPS to present at the next budget hearing of the Sanggunian.

If there were no garbage crisis now, noted Councilor Rama, there could be one soon since funds are already depleted. Archival drew out from Atty. Dacua the information that the P404 million P.O. for the city's waste disposal is already down to P107.94 million. The yearend is still six months away and almost P300 million has already been spent.

Unfazed, Atty. Dacua said DPS could cope by stretching its resources. He probably meant leaving what he termed "bahaw," or garbage collected but left at the transfer site where mounds of trash pile up and emit the kind stench Inayawan Barangay Captain Repollo had been complaining about for his constituents. Or, Dacua coyly suggested, the City Council could help, obviously with more money.

On the contract flaws, Gabuya said, "Lisod pagsabot," noting that purchase orders for the service of the garbage collector did not pass through the Sanggunian. The P.O. is deemed a contract, he said, which under the law must be approved by the Sanggunian. On the volume of garbage hauled to the landfill, Zafra noted the sharp increase of collected garbage in 2019: from an average of 600 tons January to June to 900 tons starting July.

The City Council still has to tackle the problem of Docast. There's the probable undue profiteering over the system of payment, which, in VM Rama's term, is "hemorrhaging" the City. Plus: Docast's failure to pay a sub-contractor, the landfill owner, which inevitably impairs its service to the City. On top of its failure to meet the conditions of the contract, such as providing a minimum of 50 trucks; two transfer sites, one in each district; and a weighing bridge certified by DOST and calibrated by the manufacturer.

While DPS chief Dacua seemed eager to heed the City Council's advice and wishes, he obviously didn't do enough to help safeguard the city's interests. He might be partly blamed for a contract that proved disadvantageous to the City.

He may also be faulted, as DPS chief, for not enforcing the requirements imposed on Docast and, as member of the bid and awards committee, for not evaluating well the merit of Docast as winning bidder. Why his lack of knowledge about the Docast-ARN relations? He said that under the integrated system, he was not privy to the contractor's separate contracts. As to what DPS did after ARN banned the contractor, he said he only heard Docast was using the Consolacion landfill instead.